We can’t consign the balmy month of October 2011 to history without noting that in the UK temperatures soared, reaching a new record high for the month of 29.9 C.

The top temperature was recorded on the first day of the month in Swanscombe, Kent, which basked in 165 hours of sunshine this month, an average of more than five a day. The previous hottest October day was 29.4 C, recorded in Cambridgeshire in 1985.

Although the temperatures dropped back somewhat in the following days, overall Britain enjoyed its warmest October for five years and its seventh warmest since records began.

The balmy autumn was relatively dry too, with average rainfall of 64 mm for the month and less than 20 mm in the East Midlands, East Anglia and the north Home Counties. This made it drier than three out of four of the last 100 Octobers.

It was sunnier than three-quarters of all Octobers in the last 100 years, with an average of 123 hours of sunshine for England and Wales, and 69 hours for Scotland.

The month almost ended as it started too as October seemed intent on signing off on a high note. It was a pleasant surprise to enjoy a picture-prefect day on 28 October - the last day of school half-term week - with warm sunshine and a deep blue sky. 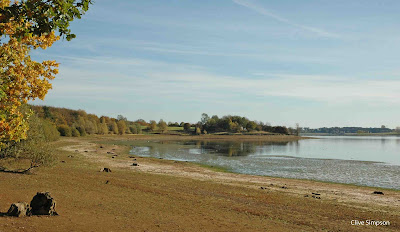 A day trip to Rutland Water, a man-made reservoir in the east of England, was all the more special for the fine weather, with the opportunity to picnic outside and bask in the bright sunlight.

As these pictures show, however, much of East Anglia is still in drought conditions. The reservoir’s water level is well below where Anglian Water would like it to be. 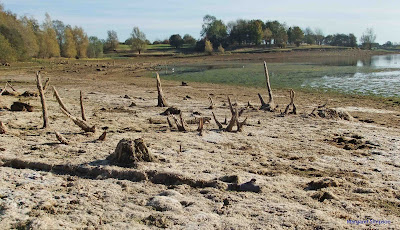 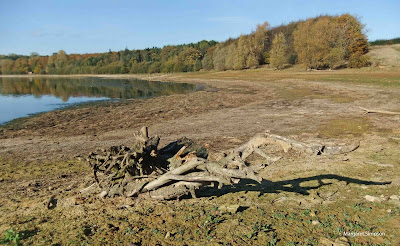 Rutland Water, set in 4200 acres of open countryside, is Anglian Water's drinking water reservoir in the county of Rutland, England, just east of the county town Oakham. It was known as Empingham Reservoir during its construction and until its official opening in 1976.

It provides a reserve supply of water in the driest and most densely populated quarter of the United Kingdom and is one of the largest artificial lakes in Europe. By surface area it is the largest reservoir in England, though by capacity it is exceeded by Kielder Water in Northumberland. 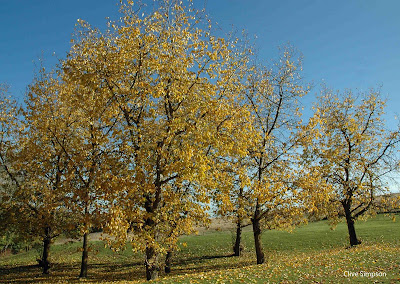 Let there be light

The Milky Way strode across the sky, a band of faint light spanning almost from horizon to horizon. In the distance, lights sparkled like ships on a dark ocean. Such a dark sky with a myriad twinkling stars is a sight that is becoming all too rare - or even beyond the experience of many.

This is the heart of the Fens at night. A natural planetarium with glorious low horizons in every direction and a pitch dark sky, just far enough from the sodium city lights of Peterborough and the market towns of Stamford and Spalding.

Indeed, this part of South Lincolnshire, an industrial farming and food-producing landscape by day, is by night one of Britain’s dwindling exceptions to our light-polluted lives.

According to the Council for the Protection of Rural England (CPRE), places with the ‘purest’ night-time darkness are (perhaps by definition) among the least populated in the country.

Dartmoor, Exmoor and the Quantock Hills in the south west; Salisbury Plain and the top of the Chilterns in southern England; parts of Lincolnshire to the east; the Black Mountains and the Brecons in Wales; the Yorkshire moors and some of Northumberland; plus large swathes of Scotland, outside major cities and the Borders.

Early this year Sark – the smallest of the four Channel Islands at just a couple of square miles – became the world's first officially-designated ‘Dark Sky Island’. 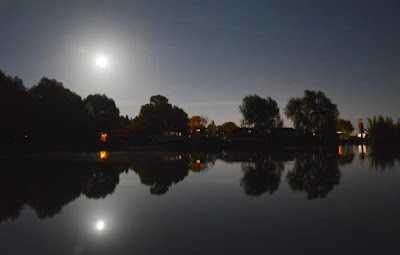 The US-based International Dark-Sky Association measured Sark's night-time illumination levels and assessed the degree of visibility of constellations in the night sky. And to assist Sark's claim, one of its government officers visited every outside light on the island and recommended measures to cut artificial light seeping into the sky.

Sark is not Britain's only dark success. In 2009 Galloway Forest in Scotland was designated Europe's first ‘Dark Sky Park’. As a result visitor numbers are booming, a new observatory is planned for the edge of the forest and neighbouring local councils have introduced restrictions on outside lighting to preserve the quality of darkness.

The Inner Hebrides’ island of Coll, 13 miles long and three miles wide with two main roads and a small airport, is another dark spot with no security lights on homes, or traffic or street lights.

Much closer to home, the Rutland village of Market Overton recently reduced its light pollution by replacing its old sodium street lights with modern light-emitting diode lamps. Its 39 lamps cost over £20,000 in total to convert but immediately produced an 80 per cent saving in electricity.

These locations, however, remain the exceptions to the light-polluted rule. And they are getting rarer thanks to what the Campaign for Dark Skies describes as ‘wasteful’ over-provision of domestic lighting by British householders.

CPRE has, for several years, urged government action to limit light pollution from street lamps, overnight illumination of shopping centres, office blocks and public buildings, stark upward lighting from floodlit sports complexes and, at the household level, outdoor lights that are unnecessarily bright or disperse their illumination. Of course it would also save a lot of money and energy too – Britain's street lamps alone cost an estimated £500 million a year to run.

The most common forms of such pollution are ‘light trespass’ when illumination from Britain's 22 million homes and 7.5 million street lights, even if designed with the intention of shining downwards, typically also extends upwards. You can see it in this picture of the UK at night as seen by astronauts passing overhead aboard the International Space Station. 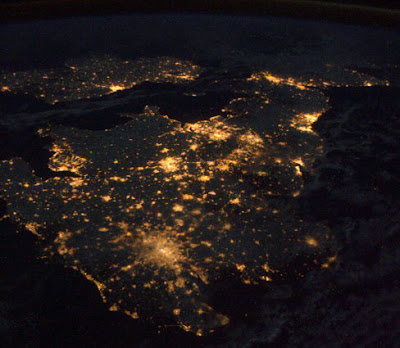 Two other common forms are ‘sky glow’ – that orange glow visible for tens of miles around towns and cities easily seen from the air or from distant roads – and ‘glare’, the harsh white light on some modern housing estates and golf driving ranges at night.

As October marches onwards, here in the northern hemisphere we are plunging headlong into days of less daylight, longer nights and the clocks going back – all marking the onset of winter. And, while we say we prefer it lighter for longer, in reality most of us only now experience a limited degree of darkness.

Modern electricity's triumph over the night keeps us all busier. We live in a fast-moving, fully lit world where night still happens but is more of an optional experience – a kind of failed daylight. Our 24/7 supermarket culture has done it’s best to phase out the night.

Yet slowness and silence – the different rhythm of the night – are a necessary correction to the day. Life is too short to be all daylight. Moments of life take on a different quality at night-time, where the moon reflects the light of the sun and we have time to reflect what life is to us. So why not turn down the lights and rest awhile? Night is not less – it's more. 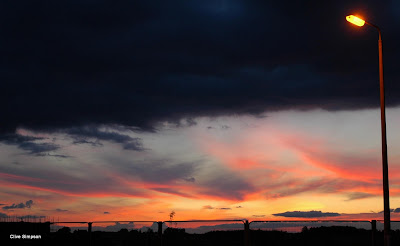 The Lighthouse Keeper is written by Clive Simpson - for more information, commission enquiries or to re-publish any of his articles click here for contact details