On the road home the night-time light has changed. We are in the heart of South Lincolnshire’s farming landscape approaching the interestingly named hamlet of Cowbit, midway along the old main road between Crowland and Spalding.

The road bends gently along a raised bank, originally built to stave off flooding from the plain of the nearby River Welland, and the lights cut through the night like harbour beacons around a vast concave seashore.

Tonight, I notice that the familiar curve of orange-glowing street lights - picking out the homeward route ahead against the flat Fenland horizon - have been replaced by the cool and dazzlingly bright light of modern LED technology.

Definitely cheaper to run - and therefore more energy efficient - these lights are an increasing part of our night-time scenery up and down the country.

But after five miles of driving along dark, unlit roads the clinical brilliance comes as a shock to night-adjusted eyes.

All this is part of local authority plans - in this case Lincolnshire County Council - to replace and update all our traditional street and road lighting over the coming years.

Energy and cost savings aside, the new kind of lighting is defined by its brightness and intensity, like spotlights on a West End stage show. But at least there is less apparent spillage into the heavens above.

LED luminance is potentially much more controllable than traditional sodium light and so one might reasonably ask the question of our lighting engineers - is it necessary (and even safe for approaching motorists) to have these beams on full luminance at the point where we suddenly cross from dark to light? 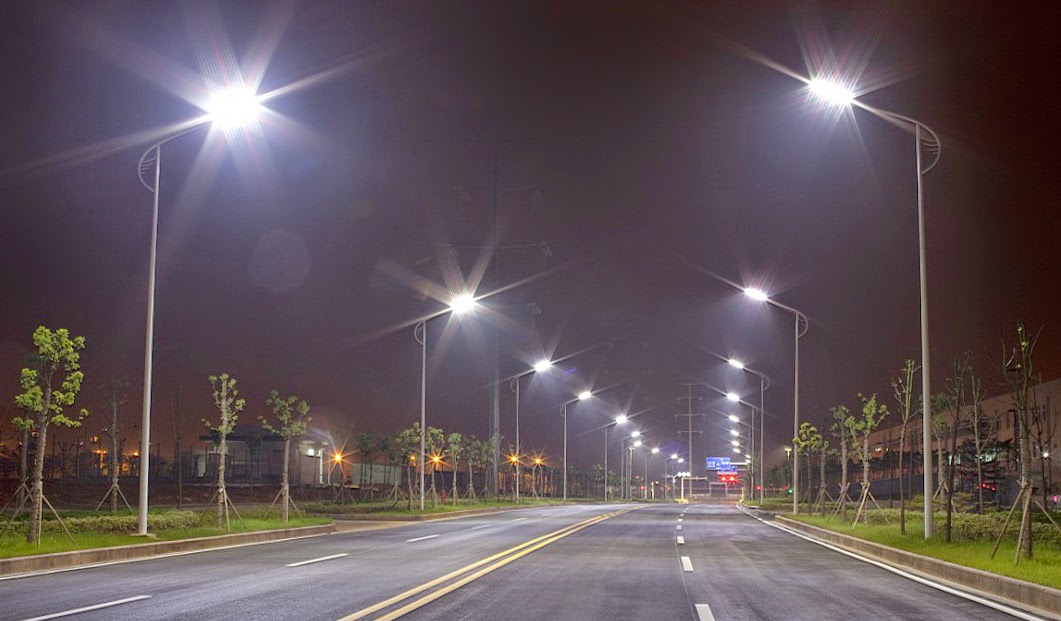 There are increasing complaints from across the country where such shiny new lights - installed in normal streets and cul-de-sacs - have cut through curtained windows to illuminate living and sleeping spaces, playing havoc for those in the vicinity.

Bright is not always best for human health and there is obviously a need for more research into the potential risks from the glare of LED lighting.

Already it is well documented that exposure to LED light suppresses melatonin production by up to five times more than exposure to sodium-based light, disrupting our biological clocks and affecting sleeping and rest periods.

Recent research in Spain has indicated that long-term exposure to LED street lighting could, as a result of the high levels of blue band radiation, cause irreparable harm to the retina of the human eye.

And last year a report by the French government stated that a luminance level higher than 10,000 cd/m2 causes visual discomfort whatever the position of the lighting unit in the field of vision.

As the emission surfaces of LEDs are highly-concentrated point sources the luminance of each individual source can be 1000 times higher than discomfort levels, making this intense glare a tangible problem.

Which brings me to reflect on the familiar orange, phosphorescent glow that has been part of our night time scene for so long.

Despite its intrusion, particularly into the night sky above, will we come to rue the day of its disappearance?

At the ending of DH Lawrence’s ‘Sons and Lovers’ the book’s central character Paul Morel is drawn ‘towards the city's gold phosphorescence’.

Signifying corruption and decay, ‘phosphorescence' was to become one of Lawrence’s jargon words in subsequent novels.

For Paul Morel, the ending was something of a false epiphany. That 'gold phosphorescence' was an emanation of the mechanised life of the industrialised world - the glow of false promise. 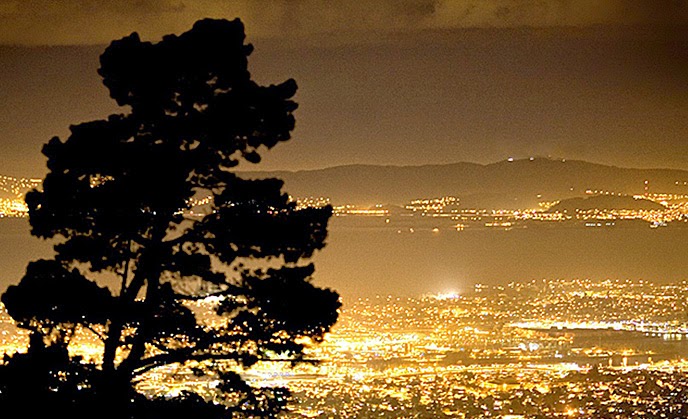 In the end Paul’s tragedy was that he was only able to move in the direction of the city, humming not with the natural activity of a hive, but with machinery, and glowing not with sunshine and warmth but with the ghastly phosphorescence of street lamps and decay.

That familiar orange glow in our night-time skies does indeed represent something of the past, industrial age - whereas the clinical, white light of LEDs is symbolic of the modern, sanitised world.

Our continued attempts to tame and banish the natural darkness and rhythms of life only serve to deepen the shadows around us. What, I wonder, would Lawrence have made of this?