Beware the wolf of Brexit 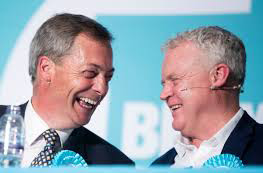 When I interviewed Secret Millionaire Mike Greene five years ago for a local business magazine article he vowed he would never become involved in politics.

He came into the public spotlight after appearing on the Channel 4 reality TV show and now the former Conservative party supporter is standing in this week’s Peterborough by-election for the insurgent Brexit Party.

How things have changed for the international business entrepreneur and angel investor, director of companies, trade associations, charities, marketing and retail organisations.

And how, one wonders, given his business and charity commitments will he find time to be an effective MP, should he be elected?

“My view of politics is that it doesn't matter who you vote for, the government will still get in,” he quipped as we chatted across a large farmhouse table at his family home north of Peterborough in the heart of the South Lincolnshire Fens.

His background and outspoken comments - recorded in my interview in 2014 but not used in the magazine article - make it all the more surprising that he is standing as an MP for any political party, let alone one without a declared manifesto.

“The reality is they're all as bad as each other - they promise stuff that they don't deliver on, they all become a bit flim-flam,” he said. [Not quite sure what "flim-flam" means but think it's definitely a negative]

“I don't get involved in politics partly because I find it really, really hard to respect the moral compass and consistency of the people in charge.

“I've worked enough with analysis to know that I could make numbers mean almost anything. But there's a point at which the facts just aren't relevant to a lot of people.

“I think we're in a very weak political world and I don't really believe that any of the parties do what the individuals in the party really believe.

“So I have very strong political beliefs but I try to stay out of it. Quite frankly I don't think I could ever be a good politician because I can't tow a party line.”

This Thursday’s by-election in Peterborough is set to be one of the most intriguing in recent memory. In the 2017 general election, the constituency saw a knife-edge duel between Labour and the Conservatives. In last month’s European poll, 38 percent of those who voted in the city backed the Brexit party.

Of course the voter turnout will be much larger in a high-profile by-election and, whilst both Labour and the Conservatives look set for a well-deserved trouncing, the Liberal Democrats may yet prove that there is hope for politics and our country.

The Liberal Democrat candidate for Peterborough is Beki Sellick, who lives in the city centre with her family not far from her daughter’s state school.

“I must call out Brexit for what it is,” says the local business owner and sustainability engineer.

“This time we must move on from our usual political colours and vote with our hearts, to embrace the strongest Remain candidate.

“However pleasantly Mike Greene and the Brexit Party present themselves, look beneath the chatty veneer and strip-off their smooth new suits and underneath is the wolf of Nigel Farage - dividing, demeaning and demonising," adds Beki.

Peterborough is my closest city - a place where I have worked, shopped, worshiped from and commuted to and from over many years. And if I lived there now my vote would definitely be in the Liberal Democrat box on Thursday.

Not only the has the city of Peterborough been warned but so has the country. We continue to tread and support the Brexit path - and the Brexit Party in particular - at our peril. 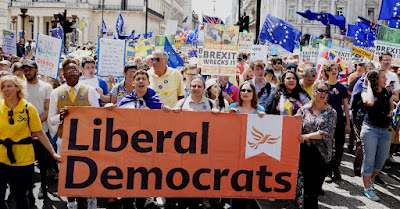