It’s all railways in this neck of the woods at the present. The past six months have seen major work by Network Rail to upgrade the local track, signalling and level crossings on the relatively under-used GNGE line across rural Lincolnshire between Peterborough and Lincoln.

All this is not for the benefit of the poorly served rural community with more commuter passenger trains to Peterborough and Lincoln.

It's to pave the way for goods trains currently using the main east coast line between London and Edinburgh to be diverted cross-country and thus free up more space on the fast track for lurative passenger traffic.

With its six level crossings and a railway line that splits off the area’s vast new housing developments from the services of the town centre, the true impact of frequent goods trains passing through the market town of Spalding remains to be seen. 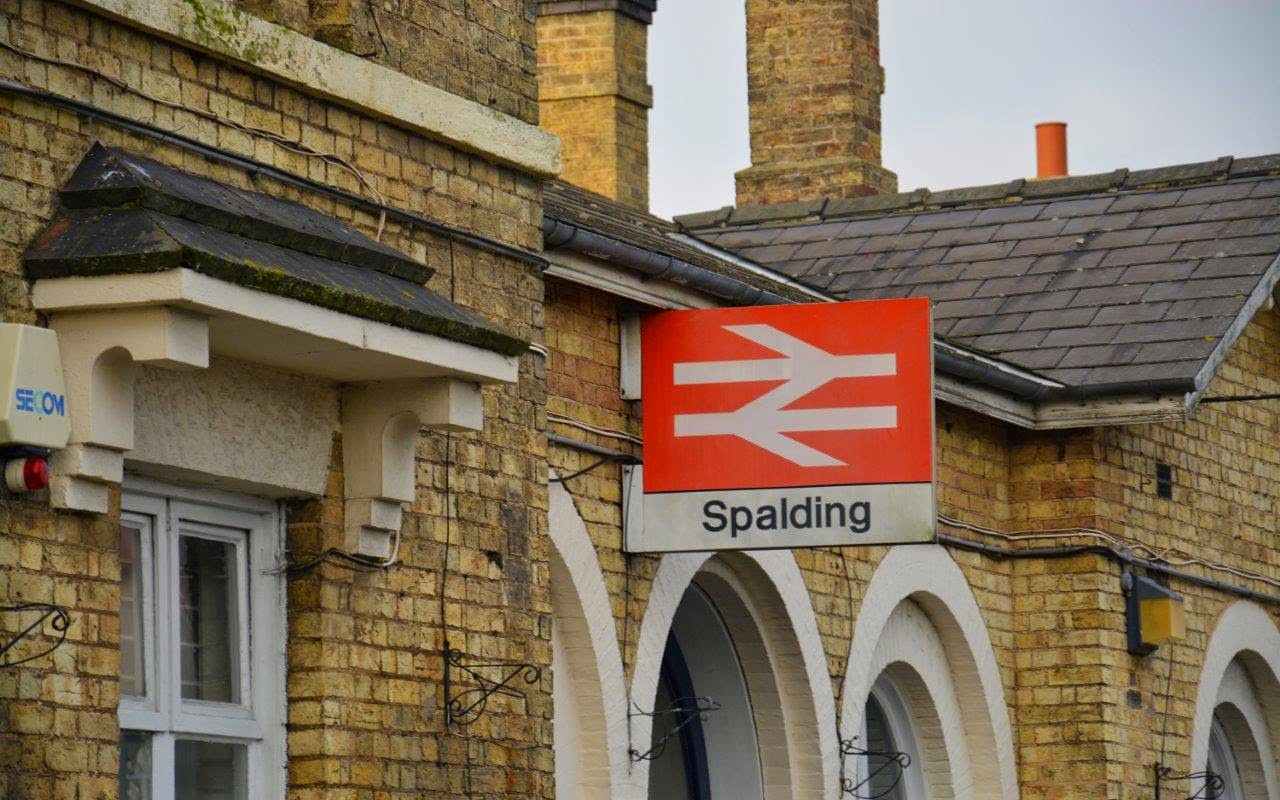 Network Rail reckons its multi-million pound investment will mean just six daytime and six over night good trains a day. All will become clearer once diversions start from the middle of December.

This week we have also learned that Virgin Trains and Stagecoach are to take over the running of passenger trains on the east coast mainline from next spring after being awarded the franchise for the re-privatised line.

The new company will be known as Inter City Railways, a separate joint venture 90 per cent owned by Stagecoach but with the trains being branded Virgin Trains East Coast. Sir Richard Branson retains a 10 per cent stake.

This is pertinent to Spalding too because the local line connects directly with mainline Peterborough and thus could be very convenient for the residents of South Lincolnshire wanting to travel to London or further afield by train. 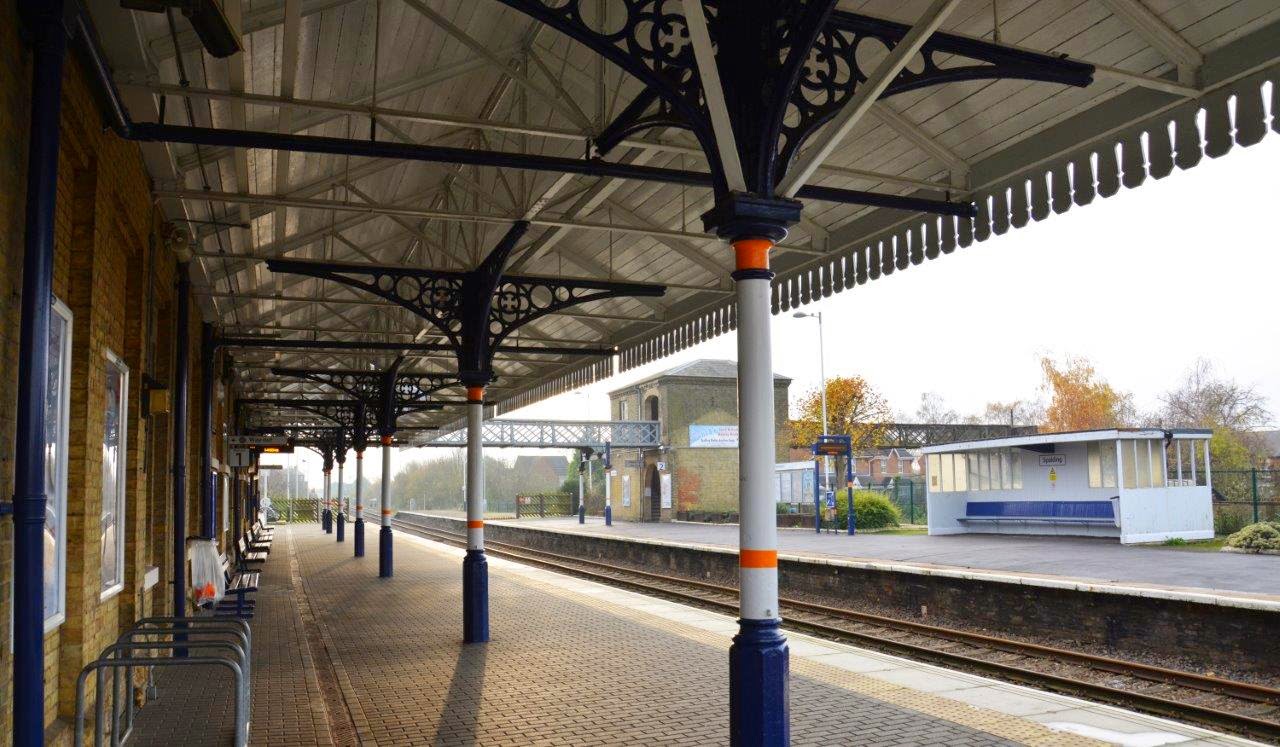 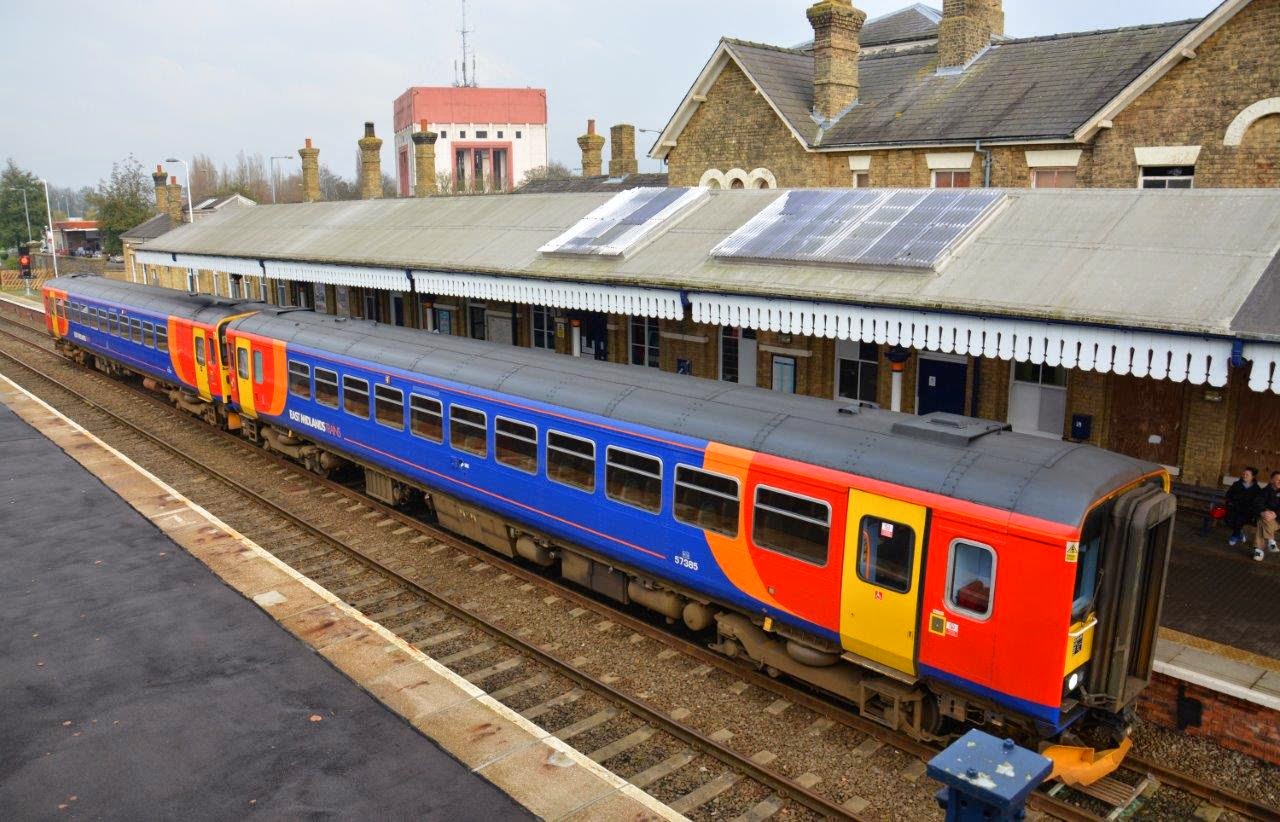 In truth, those of us in the area and using Peterborough as our gateway both north and south have - once we’ve arrived in Peterborough by car - had a good run over the past five years or so with the inter city service provided by East Coast.

The line ended up depending less on public subsidies than any of the 15 privately run rail franchises elsewhere in the country and the franchise has proved a lucrative cash cow for the state, bringing in around £1bn to the exchequer since 2009.

East coast is no stranger to the rail franchising controversy. For some, its public ownership has been a rather embarrassing success story - a stark contrast to the general disaster of railway privatisation that is so often an Achilles’s heel for free-market ideologues.

Handing east coast to Stagecoach and Virgin represents an ‘up yours’ to British public opinion, which largely despairs of our over-crowded, fragmented and rip-off rail network.

According to a YouGov poll last year, two-thirds of people in the UK believe railway companies should be run in the public sector, with less than a quarter opting for privatisation.

And that is not just Labour supporters, either. More than half of Tory voters opted for public ownership, and pretentious Ukip voters also say they are more likely to support a nationalised network.

The government’s dogmatic policy could hardly be more divorced from the pragmatic commonsense of the British people - but then we know there is an election just around the corner.

And things could have been worse. Instead of being run by a tax exile and a Scottish businessman - the latter perhaps best known for campaigning against gay equality - the whole east coast line could have fallen into foreign hands.

For the record, about three-quarters of Britain's railways are now run in full or part by subsidiaries of foreign, state-owned rail firms, including DeutscheBahn's Arriva, the Dutch-owned Abellio and Keolis, 70 per cent owned by France’s SNCF. Our government is also preparing to sell its stake in Eurostar, almost certainly to the SNCF, the majority owner.

Unsurprisingly, Mick Cash, the acting general secretary of the RMT rail union, described re-privatisation as nothing short of a national disgrace.

“While domestic public ownership puts money back into the coffers that can be reinvested in our railways, the private operators, overwhelmingly owned and controlled by European state rail outfits, suck out colossal sums in subsidies and profits,” he says. “That’s what privatisation means.” 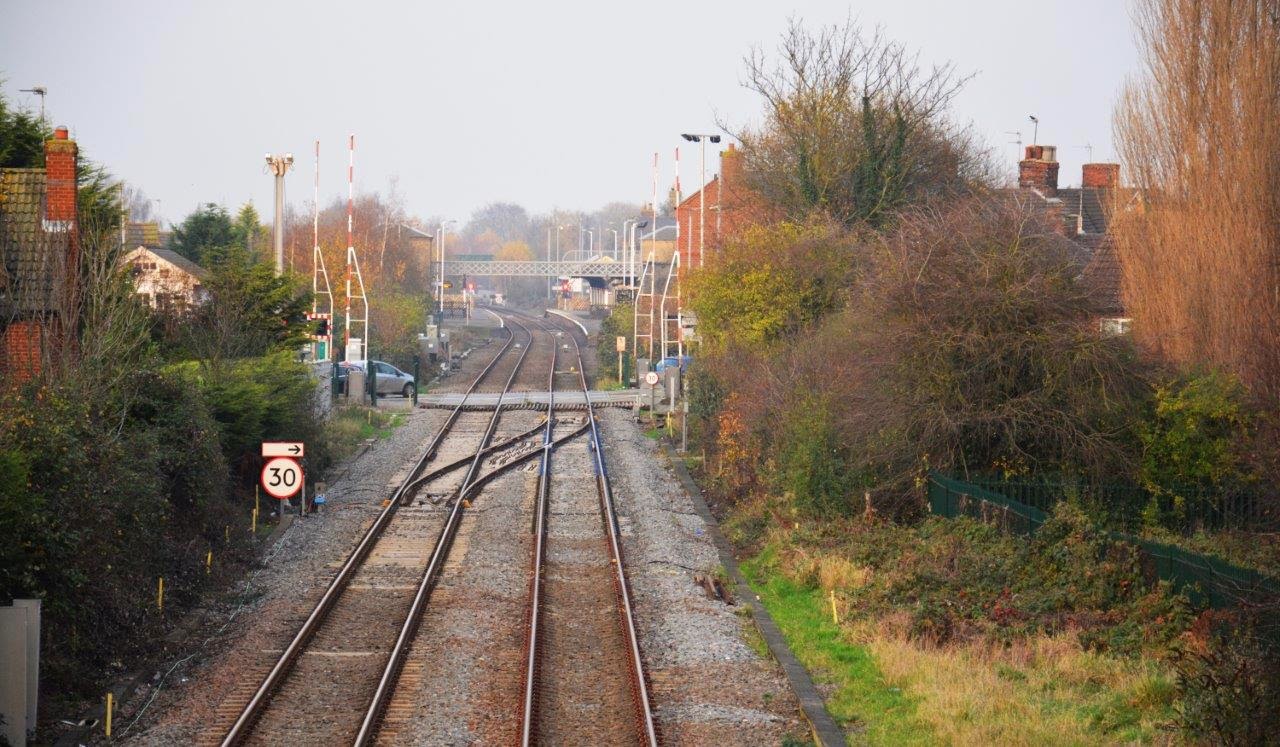 One thing is for sure - by the time of the election in May 2015 we’ll have a much clearer idea of whether Inter City Railways is really delivering the kind of services it has promised.

And the people of Spalding will either be grid-locked with frustration or celebrating the fact that traffic chaos in the town was something of the past. Oh, and did I mention that the town’s MP John Hayes is the government’s transport minister?

Posted by Clive Simpson at 18:02 No comments:

High resolution radar data maps of Europe, North America and other key parts of the world captured on a space shuttle mission 14 years ago have been made public for the first time this month.

This second tranche of high resolution data to be released under the direction of  President Obama follows on from highly accurate terrain maps of Africa which became available in October.

Nasa's ground-breaking Shuttle Radar Topographic Mission (SRTM) recorded digital elevation data (DEMs) in February 2000 for over 80 per cent of the globe - but until now only a 90 m resolution version was released.

The 30 m resolution data was kept secret for use by the US military and intelligence agencies - but even the 90 m resolution data revealed for the first time detailed swaths of the planet's topography previously obscured by persistent cloudiness.

SRTM consisted of a specially modified radar system comprising two radar antennas - one located in the shuttle's payload bay, the other on the end of a 60 m mast extending into space. 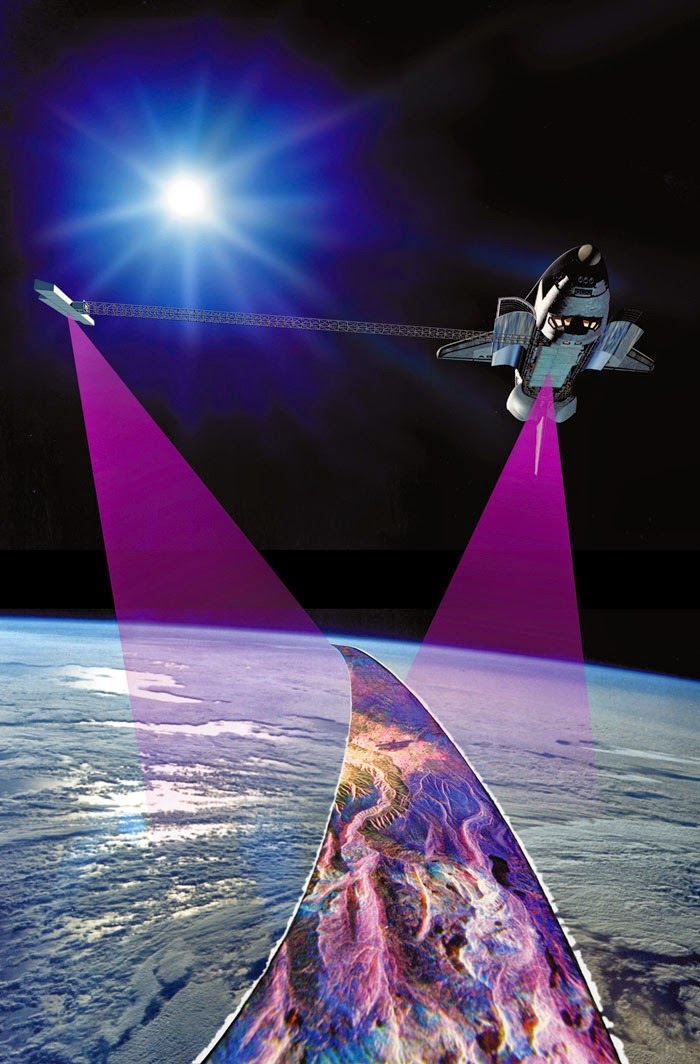 The surface of Earth was mapped numerous times from different perspectives and the combined radar data processed at JPL in California to produce a series of global topographic maps.

Topography influences many natural processes, such as the distribution of plant communities and the associated animals that depend upon them, weather and rainfall patterns, and the flow and storage of surface water.

The digital elevation maps benefit many activities, from aviation safety to civil engineering projects, and the data is helpful in predicting and responding to flooding from severe storms and the threats of coastal inundation associated with storm surges, tsunamis and rising sea-levels.

Dr Sullivan says aid organisations, development banks and decision-makers in developing countries will be able to better map and plan for climate-driven challenges.

“Space-based observations are the foundation for applications so environmental intelligence services are increasingly vital to decision makers in all sectors of society as they confront a rapidly changing world and uncertain future.”

She called upon the world space community to develop new and more resilient Earth observation systems that are now increasingly relied upon “take the pulse” of our planet .

"Measured data of our planet tells us we are living in a worrying world," she said. "We are seeing longer, more frequent and hotter heatwaves over most land masses and we expect to see that trend continue in the future."

Data is also revealing the remarkable pace at which Arctic sea ice is continuing to shrink and thin, and the Northern Hemisphere's snow cover is decreasing as global mean surface temperature rises.

“Sea level has risen an average of 3 mm a year in the last several decades and will continue to rise in the decades ahead which will exacerbate the hazards that coastal communities face from coastal storms,” said Dr Sullivan. “This is a problem because humankind is concentrating increasingly in the coastal settlements.

"Many aspects of climate change will persist for centuries, even if right now we cease all CO2 emissions forever. Carbon that has been emitted in the past decades is locked in and the process that it has unleashed will take centuries more to play out.

"All of this leads to heightened social vulnerability, in a world where the population will increase from the current seven billion to nine billion by 2040 - and that implies that we will have to double the current food supply globally if we are to feed that larger population," she added.

"We are moving into a very different world. Environmental intelligence is a really critical asset and product that the world needs from space. It provides us with foresight about conditions that have not yet come to exist and about the solutions we need to plan ahead for."

Posted by Clive Simpson at 12:19 No comments: