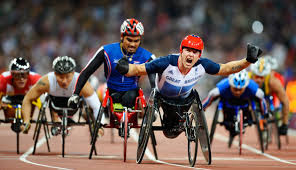 We’ve had a record-breaking summer and records continue to tumble. And this is not just where the Olympics or Paralympics are concerned.

It’s almost mid-September and a large part of the UK is experiencing one of its hottest days on record for the time of year.

Take a snapshot view of the world in any month of 2016 so far and it seems that we are slipping faster than anticipated into more extreme and unpredictable weather.

Unprecedented temperature levels around the globe mean more heatwaves, flooding, wildfires and hurricanes - climate change is very much becoming a here and now thing rather than something for the future.

In the light of our planet's record-breaking month-on-month temperatures, experts admit they have been taken by surprise and had expected "nothing like" this level of global warming.

The first six months of 2016 averaged 1.3 degrees Celsius above the pre-industrial average, which seems too close for comfort to the ambition agreed at the Paris climate summit last December to limit warming to 1.5C.

Globally, July was the warmest month since modern record-keeping began in 1880, with each month since October 2015 setting a new high mark for heat.

The planet is warming at a pace not experienced within the past 1,000 years at least, making it “very unlikely” that the world will stay within a crucial temperature limit agreed by nations just last year, according to NASA’s scientist Gavin Schmidt.

Temperature records  going back further than the 19th century - taken via analysis of ice cores and sediments - also suggest that the warming of recent decades is out of step with any period over the past millennium.

“In the last 30 years we’ve really moved into exceptional territory,” says Schmidt, who is director of Nasa’s Goddard Institute for Space Studies. “It’s unprecedented in 1,000 years. There’s no period that has the trend seen in the 20th century in terms of the inclination of temperatures. 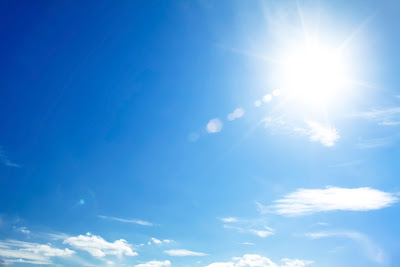 “It’s the long-term trend we have to worry about though - there’s no evidence it’s going away and lots of reasons to think it’s here to stay,” Schmidt warns. “There’s no pause or hiatus in temperature increase and people who think this is over are viewing the world through rose-tinted spectacles. This is a chronic problem for society.”

Recent research has established that just five more years of carbon dioxide emissions at current levels will virtually wipe out any chance of restraining temperatures to a 1.5C increase and avoid runaway climate change.

Temperature reconstructions by NASA - using data from the US National Oceanic and Atmospheric Administration (NOAA) - show that the global temperature typically rose by between 4-7C over a period of 5,000 years as the world moved out of ice ages.

The temperature rise clocked up over the past century is around 10 times faster and the increasing pace of warming suggests the world will heat up at a rate at least 20 times faster than the historical average.

Dr David Carlson, director of the World Climate Research Programme, adds that models of future warming failed to predict the high temperatures recorded this year, suggesting we might be under-estimating how hot the world will get.

“What concerns me most is that we didn't anticipate these temperature jumps,” he says. “We predicted moderate warmth for 2016 but nothing like the temperature rises we’ve seen.

As we in the UK swelter in abnormally hot September weather it seems that massive temperature hikes, volatile weather and extreme events like floodings and droughts are already becoming the new normal for the world at large.

One might expect such impending natural catastrophe to be something of a priority for any new leader but it seems British politics is determined to bury its head in a quagmire of introspection and banality. 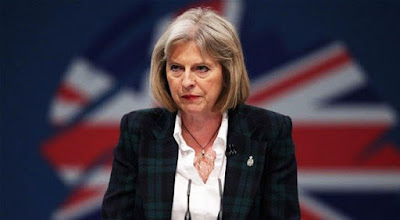 Prime Minister Theresa May, without so much as a nod to the country’s representative democracy, is doggedly pursuing a spurious policy to calve up the United Kingdom and separate it from the rest of Europe.

And, while London burns - to borrow a metaphor from last week’s anniversary of the Great Fire - she also sees it as a priority to pursue an unpopular new policy to create more Grammar schools over and above all else.

Many of the athlete's who accomplished greatness at the 2016 Olympics and Paralympics faced obstacles along the way but found their success by moving through and overcoming their personal roadblocks.

Will our politicians show the same kind of courage? The challenge ahead is a daring one, calling for exceptionally brave and visionary political leadership.

So far in this record breaking summer the UK’s new political masters have shown little sign of that, seemingly content to re-arrange deckchairs on the sun-deck while HMS Brexit heads for the nearest iceberg (assuming there are any left).

Posted by Clive Simpson at 22:33 No comments: