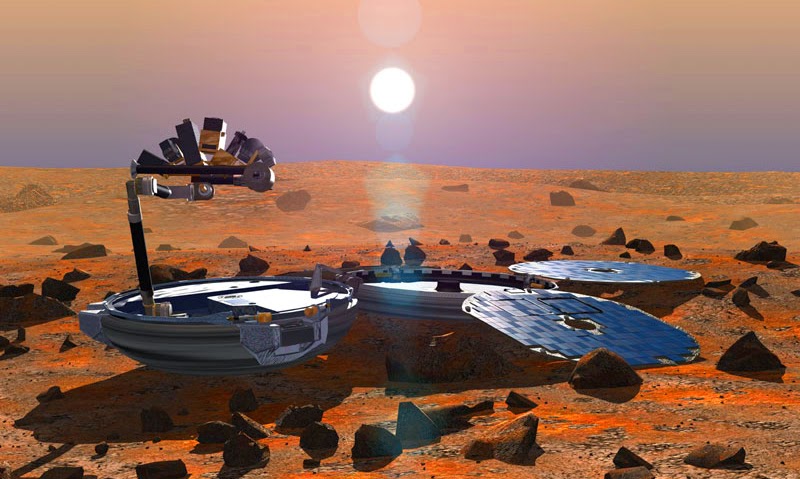 This is what it should have looked like. A tiny series of platelets no bigger than a dustbin lid flattened against the reddish dust of Mars, gathering sunlight and sending back juicy data.

It was the mission that inspired a generation and we thought it had been lost for ever. But now it has been discovered by scientists operating a camera on NASA's Mars Reconnaissance Orbiter (MRO).

Beagle 2 - named after Darwin's exploration ship - hitched a ride on ESA's Mars Express orbiter as the only robot up to that time designed specifically to look for signs of life on the red planet.

It left the mother craft on 19 December 2003 and was on course to land on the Martian surface on Christmas Day but in the end sent no signal back.

In February 2004, after two months of attempts to make contact, the project's scientists and engineers led by Prof Pillinger of the Open University, finally accepted their mission was lost.

Beagle 2 was planned to hit the thin Martian atmosphere at 13,000 mph and mission scientists favoured the theory that a freak thinning of the atmosphere caused the lander to go in too fast.

They thought the craft may have burned up in the atmosphere, its parachute could have failed or become entangled, or the shock-absorbing air bags may have under performed.

As Editor of Spaceflight magazine at the time I wrote about the inspirational British programme on many occasions and interviewed the late Prof Colin Pillinger about its fate.

At a press conference in London in May 2004, Prof Pillinger (pictured below) told me that it could also have been something as simple as a failed transistor or a piece of wiring. It turns out he might not have been far from wrong.


Of course, the ever-optimistic Prof Pillinger was always of the view that one day the tiny craft created and built in British laboratories and cheekily flown piggyback on a European space probe would be discovered.

So, at an eagerly anticipated press conference organised by the UK Space Agency (UKSA) today, a new and perhaps final chapter was written in the story of the first British mission to Mars.

It was all made possible by an instrument known in NASA-speak as ‘HiRise’ on MRO, the only camera in Mars orbit that can image the surface in high enough detail to spot missing spacecraft.

It has already found the twin Viking landers, which touched down on Mars in the 1970s, and photographed Nasa's Phoenix, Curiosity and Opportunity rovers. The team had been actively hunting for Beagle 2 for several years.

"HiRise is the only camera at Mars that can see former spacecraft like Beagle 2,” said Shane Byrne, a scientist on the HiRise team at the University of Arizona. “It's definitely pretty close to its intended landing spot, no matter what. It entered the atmosphere at the right time and place.”

Designed to look for signs of life on Mars, Beagle 2 carried a drilling instrument to poke beneath the surface. Its release from Mars Express went smoothly, placing Beagle 2 on course for a landing site at Isidis Planitia, a huge plain near the Martian equator.

The lander deployed a parachute on its way down to the Martian surface and inflated triple air bags at the last minute to cushion the impact.

Rumours that remnants of the lander had been found were sparked at the beginning of this week when the UKSA scheduled a press conference to announce an unexpected “update” on Beagle 2. 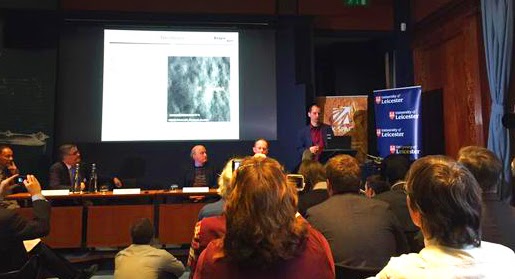 Dr David Parker, UKSA chief executive, opened the packed press conference in London by confirming what we pretty much already knew by then - that Beagle 2 is “no longer lost”.

He said: “We are not looking at a crash site. The new images show good evidence of Beagle 2 resting on Mars. They are consistent with the spacecraft having landed on the planet’s surface.”

Alvaro Giménez, ESA’s director of science and robotic exploration, described how not knowing what happened to Beagle 2 had been a nagging worry.

“We are very happy to learn that Beagle 2 touched down on Mars,” he said. “The dedication of the various teams in studying high-resolution images in order to find the lander is inspiring.”

The images were initially searched by Michael Croon, a former member of the Mars Express operations team at ESA’s Space Operations Centre, ESOC, in Darmstadt, Germany, working in parallel with members of the Beagle 2 industrial and scientific teams.

The small size of Beagle 2 – less than 2 m across when fully deployed – meant this was a painstaking endeavour, right at the limit of the resolution of the camera technology.

After the identification of potential parts of Beagle 2 in the expected landing further images were obtained and analysed by the camera team, the Beagle 2 team and NASA’s Jet Propulsion Laboratory. 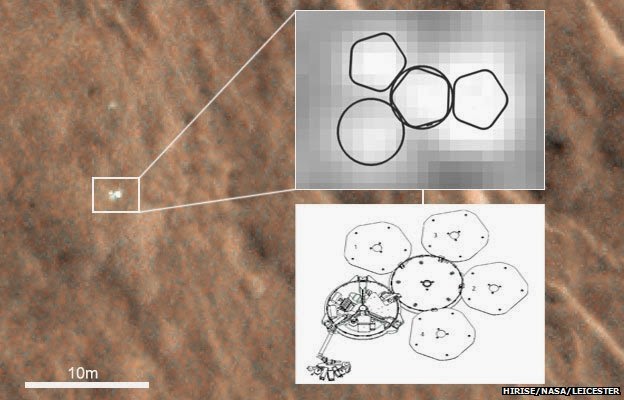 They show the lander in what appears to be a partially deployed configuration, with only one, two or at most three of the four solar panels open, and with the main parachute and what is thought to be the rear cover with its pilot/drogue parachute still attached close by.

“The size, shape, colour and separation of the features are consistent with Beagle 2 and its landing components, and lie within the expected landing area at a distance of about 5 km from its centre,” said Prof Mark Simms, of Leicester University. 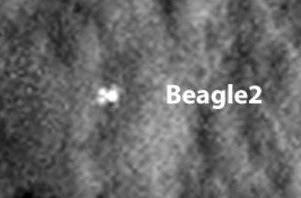 Pictures of such a lost lander are of huge interest to space scientists in helping them plan future missions to Mars, such as ESA's Exomars mission, which is due to launch in 2018 and land the year after.

“Beagle 2 was very much more of a success than we previously knew,” added Dr Parker. “The history books will now have to be slightly re-written to say Beagle 2 did land on Mars on Christmas Day 2003.”

In the final analysis, scientists admit that it is frustrating that such an ambitious mission came so much closer than we all thought to realising its aims - but that is the nature of space exploration.

Sadly, the discovery of Beagle 2 came just too late for Prof Pillinger who died last May without ever knowing what really happened.

With mutton-chop whiskers, an eccentric choice of clothes and distinctive west country burr, he was a natural enthusiast and the epitome of a scientist. He would have been overjoyed at today’s announcement.

Blog post by Clive Simpson, Editor of Spaceflight magazine 2001-2011 and now working as a freelance journalist

Posted by Clive Simpson at 12:51 No comments: