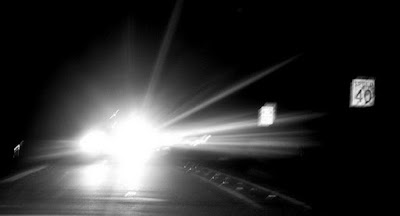 DO you still enjoy driving at night? Well, if you don’t and - apart from the ever-increasing traffic volumes - there might be another, initially less obvious, reason.

Last week Public Health England warned that high levels of blue light in LED street lighting can be uncomfortable and are known to cause retina damage. The same goes for the new generation of ultra bright LED vehicle headlights.

The executive agency of the UK govrnment's Department of Health also suggests that daylight-running lights on cars can lead to drivers being dazzled by oncoming vehicles with the risk that they may not see hazards until too late’ - a problem that can be exacerbated by misty conditions and fog.

Right across the UK - and with little heed to the mounting medical evidence against them - LED street lights have been used to replace older forms of street lighting as they are much cheaper to run, easier to control and can have less general light dispersal.

But all this comes at a price and John O’Hagan of Public Health England is now warning that councils and vehicle manufacturers should be considering social and health factors as well as their budgets.

Writing in the chief medical officer’s annual report, he says that if local authorities have been replacing mercury and sodium street lights with LEDs purely on the basis of energy efficiency and cost it is possible to end up with installations that may not be “fit for purpose”.

“Some streetlight luminaires have LED sources that can be seen physically projecting below the luminaire, becoming a glare source or light pollution,” explains. “The light spectrum may also be enriched in the blue, which may be beneficial for keeping drivers alert will be uncomfortable for many people. High levels of blue light are known to cause damage to the retina in the eye.”

O’Hagan acknowledges that LEDs can be provided in a range of colour temperatures and that “warmer colours” are more appropriate for populated areas.

Research assessed by Public Health England and others also raises concern about the variable illuminance of LED light sources which, at the extreme, switch on and off 100 times per second.

“In such circumstances rotating machinery, which could include the blades on a food mixer, may appear to be stationary if the rotation rate matches the modulation rate or is a multiple of it,” suggests O’Hagan.

This frequency can also result in headaches, migraines and feelings of malaise in those sensitive to light modulation.

As blue-rich white light continues to spread across the country like wildfire pollution, a considered national lighting policy is urgently needed is to minimise harmful consequences for humans and wildlife.

Public Health England and the Campaign for Rural England are now among the growing number of international organisations calling for lower CCT levels and warmer colour temperatures to help prevent glare, discomfort and potential medical problems in humans, as well as reducing adverse affects to wildlife.
Posted by Clive Simpson at 13:33 No comments: