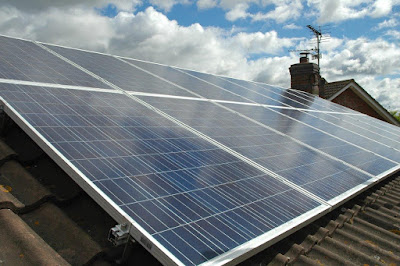 If you are colour blind there is sometimes a blurry line when it comes to discerning the difference between green and blue - as British Prime Minister David Cameron seems to be making increasingly clear.

His bold claim on coming to power for the first time in 2010 to be leading the “greenest government ever” was rapidly dismantled - almost as quickly as the floods and storms of 2013 destroyed homes and livelihoods.

This summer the UK has experienced one of its wettest ever August months and globally the year once again promises to be amongst the hottest on record. Glaciers are retreating and global sea levels have risen by 8 cm in two decades as a result of warmer ocean water and melting ice caps.

A growing body of evidence suggests that climate change is very real - and international negotiations on the establishment of climate change controls are scheduled to reach their peak in Paris in December. 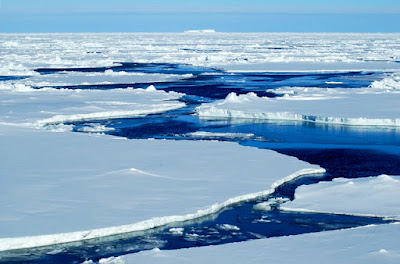 Yet within a few months of being elected for a second term, Cameron’s majority Conservative government has pretty much made it clear it wants very little to do with renewable technology.

In June it announced cuts to financial support to developers of new onshore wind turbines, the cheapest form of renewable power available. And last week it announced it intends to slash subsidies that help families and small businesses install solar panels.

Why have David Cameron and his chancellor George Osborne decided over the last few months to abandon key government commitments to protecting the environment and its pledges to create new green technologies that could wean us off our urge to burn fossil fuels?

Meanwhile, a commitment by Britain’s biggest suppliers six biggest energy companies to help tackle climate change has been called into question after it emerged all have quietly dropped their green electricity tariffs.

Despite the major suppliers - which together provide 90 per cent of UK household power -  all making public commitments to tackle climate change by reducing carbon emissions not one of now offers a renewable energy tariff.

The UK’s solar industry, which is already reeling from a wave of damaging policy changes, was shocked and taken by surprise by last week's government publication of its scheduled review of the Feed-in-Tariff  (FIT) scheme for supporting small-scale renewables.

The Solar Trade Association (STA) had already been engaging with officials and ministers over the last few months demonstrating how the FIT framework could be reformed to provide better value for money while targeting parity with fossil energy around 2020.

Its ‘Solar Independence Plan for Britain’, published in June, sets out proposals based on a detailed budget model of the solar Feed-in Tariff. The STA estimates that it will cost just another £1.70 per year on energy bills between now and 2020 to deliver a million more solar homes and grid parity.

Mike Landy, head of policy at the STA, says: “We don't agree with these self-defeating proposals and will be urging DECC to take up our alternative. A sudden cut combined with the threat of scheme closure is a particularly bad idea – it will create a huge boom and bust that is not only very damaging to solar businesses and jobs but does nothing to help budget constraints.

“We really are astonished at how self-defeating these proposals are. Instead, we are calling on the government to work with the solar industry to deliver our plan for a stable glide path to subsidy-free solar.”

Like a number of other issues that have suddenly come to the fore, the Conservative manifesto for the elections in May said nothing about attacking the British solar industry, which has flourished thanks to public support and delivered unprecedented cost cuts.

The STA, along with 100 local authorities, community energy groups and professional associations, has already written to the Prime Minister in support of FITs and days that when Parliament returns it intends to grow this alliance and fight hard for a more sensible policy.

Landy adds: “If DECC (Department of Energy & Climate Change) and the Treasury insist on making such damaging and unjustified cuts they will need to develop alternative policy proposals to drive commercial sector deployment. The upcoming Energy Efficiency Tax Review provides exactly the opportunity to do so. But we need to see some positive proposals very quickly to mitigate the shattering of confidence across the solar industry.”

It would seem that the government has once again adopted a short-sighted, market-driven attitude - not just from the perspective of national prestige but also in terms of lost opportunity. Sooner or later the world is going to end up depending on renewable power and the UK has much to gain from developing not shrinking its expertise and influence.

The proposals set out by DECC, which is itself under threat, will see tariff rates for domestic schemes (now up to 10kW) cut from 12.9p today to 1.63p/kWh next January. The deadline for responses to the consultation is 23 October and you can make your own comments using this link - online survey

Posted by Clive Simpson at 13:41 No comments: