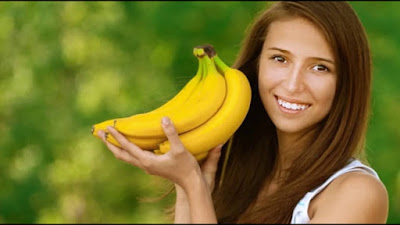 WHEN it comes to one of our most popular fruits the UK’s major supermarkets have presided over a race to the bottom for the beleaguered banana industry.

British supermarkets, led by discounters Aldi and Lidl, have for many years used bananas and milk as huge loss leaders - and in the process largely put all but the biggest producers of both out of business.

Supermarket buying power and unfair trading practices, which have driven down the prices they pay to tropical fruit suppliers, has had a negative impact on earnings and working conditions for banana plantation workers. Or, in the case of small-scale producers, such as those in the Caribbean’s Windward Isles, threatened their very survival.

The recently proposed merger between UK supermarket giants ASDA (Walmart) and Sainsbury's raises the prospect of an ever more powerful buyer able to exert even more pressure on prices by squeezing suppliers even further.

Sainsbury's has already said the merger could lead to price cuts in their stores of "around 10 per cent on many of the products customers buy regularly" - and in the case of bananas that would be 3p off the current price per kilo, or 12p from the cost of a pack of eight Fairtrade bananas.

For too long, low prices for bananas in our supermarkets have been synonymous with squeezing suppliers. The prospective merger will therefore is not necessarily good news to already struggling suppliers of bananas and other tropical fruits to the UK market.

Jacqui Mackay, national co-ordinator of Norwich-based Banana Link said: "Banana Link has worked constructively with Sainsbury's and ASDA for many years, both individually and through the World Banana Forum, to support their ethical buying practices.

“We hope that the merged retailer will take a lead in ethical sourcing by ensuring that the prices it pays cover its suppliers' costs of sustainable production and that any projected price cuts are not be made at the detriment of tropical fruit workers and small-scale farmers that produce our favourite fruit.”

Is there an upside? Sainsbury's and ASDA both have demonstrable commitments to ethical sourcing of bananas and all of Sainsbury's bananas carry the Fairtrade label, which ensures fair minimum prices for suppliers which cover the costs of sustainable production.

Both are members - along with Banana Link - of the World Banana Forum, which brings together stakeholders in the global banana supply chain to work towards consensus on best practices for sustainable production and trade.

The increased buying power and greater economies of scale of the merged retailer could provide an opportunity for greater commitment to the ethical sourcing of tropical fruit.

NFU Scotland Chief Executive Scott Walker said: “There is an opportunity here for potentially the biggest player in the UK's retail sector to put in place a system of responsible sourcing and to end the spectre of Unfair Trading Practices by supermarkets.”

A recent proposal by the European Commission for legislation on unfair trading practices in global food supply chains might be welcome news. By protecting small and medium-sized food suppliers against abusive practices of large buyers, it aims to address insecurity among supermarket suppliers, which directly impacts the most vulnerable people in the supply chain.

Banana Link is a small not-for-profit co-operative, founded in 1996, which campaigns for a socially just, environmentally sound and economically viable banana industry. It works in close partnership with Latin American banana workers trade unions, small farmers in the Caribbean and civil society organisations in Europe and the US.

Posted by Clive Simpson at 12:24 No comments: