Ship of the Fens 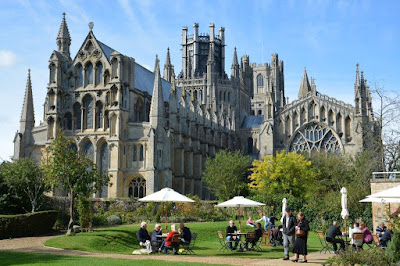 THERE are times when embarking on a journey or overnight stay one is lucky enough to come across not one but several unexpected gems which combine to make such a visit to a new place so much more enjoyable and worthwhile.

Our recent trip to Ely in the heart of the Cambridgeshire Fens proved one such occasion. This ancient Fenland outpost founded on a lump of conglomerate rock rising incongruously above the surrounding flat land is, of course, most famous for its almighty and imposing cathedral.

Mindful of the notional nature of a fleeting visit and our proximity at the time to the town of Stamford it seemed that a cross country train would be the ideal point from which to commence this mini-visit. We alighted from the gently curving platform at Stamford’s neatly styled stone-built railway station and were soon rattling our way into Peterborough alongside the main east coast line.

One of the country’s fastest growing cities, Peterborough straddles flat fen countryside to the east whilst its western reaches extend into a pleasant and picturesque rolling landscape. A junction of styles and ambitions, it often feels like a contradiction - a dual-personality crossover of ancient and new, still defending its ancient coaching past as a stopover on the old Great North Road whilst being home for modern day commuters who flit backwards and forwards to the capital by high speed train.

After a brief stop at Peterborough’s newly re-modelled station our Stansted-bound train splits off on a spur to the east and is soon trundling across a flat, diminutive and featureless countryside. The monotonous mono-culture fields that seem to reach as far as the sky and characterise this region are punctuated by extensive drainage systems with their horizon-defining banks and lone, singular roads appearing from nowhere to intersect the railway.

This late September morning was overcast and grey, offering an indistinct backdrop for the intense arable farming, the dull and distant appearance of which was compounded by greasy train windows. Soon the line passes through March, which was once the county town of the Isle of Ely until the latter ceased to exist by government decree in 1965. Just a few minutes later the distant cathedral of Ely  looms on the closing horizon like some giant alien artefact.

Our short journey through big skies across a bereft landscape has been as stale as the air on this cramped and fusty train that plies its way back and forth between Birmingham and Stansted airport. But the sun is extending a welcome as the coaches slow into Ely’s business-like station which, with its multiple platforms, is a busy cross-country junction linking Norwich, Cambridge, Peterborough and Birmingham, and London.

So what of the gem-like discoveries? Well, first and for such a small place, there is much within Ely that could easily fit the category, not least the stunning architecture of the cathedral itself. 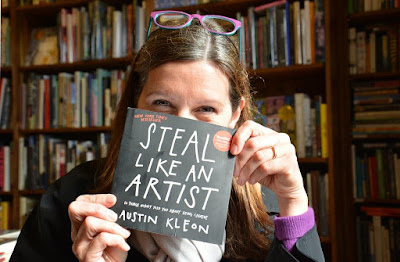 But for now, we are seeking out something on a smaller scale that might otherwise slip by unnoticed. Topping & Company is a suitably fitting name for any high street shop and once inside you can see why the crime author Alexander McCall Smith described it as “the best bookshop in the world”.

For the book lover or casual shopper it is three floors of literary and tactile delight where serious browsers are afforded complementary coffee, served from a cafetiere in china cups all set on a neat wooden tray.

Beside the second floor window is a small wooden table and chairs where one can sip coffee and repose in a literary paradise, surrounded by the smell of book print and with a tantalising view across the street to the cathedral spires and ramparts. There is no sterility here - Toppings is a treasure. 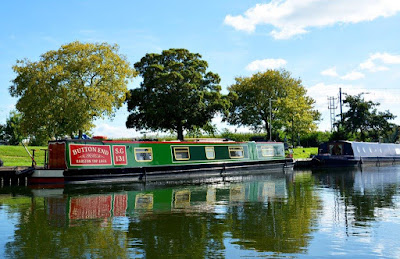 If this is more than a fleeting, day-time visit there are plenty of overnight accommodations to select from. Nowhere is more welcoming option than Peacock’s Tearoom and Fine B&B, just a stone’s throw from the River Ouse and its boating community.

As the name would suggest, this is a traditional English tearoom - tasteful, sumptuous and quirky, with a hint of French eccentricity, all of which makes it popular with locals and visitors alike. 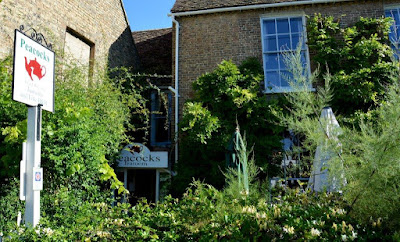 Peacocks is run by the charming and delightful George Peacock, an ex-criminal defence lawyer in another life, and his attractive wife Rachel. More recently they converted the upstairs of the two joined up 1800s cottages into a couple of delightful bed and breakfast suites, each with its own private sitting room, separate bedroom and pleasant facilities. 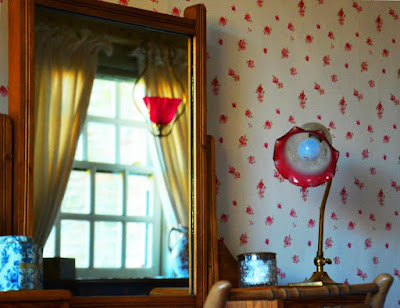 This really is English bed and breakfast as it should be. Peacocks exudes character and charm - overflowing book cases, comfortable old chairs, antique furniture and a restored market trolley doubling as a coffee table.

Pick the day of your visit to Ely wisely and you can also enjoy the city’s lively traditional market on Thursdays and Saturdays, along with an eclectic craft, flower and food stalls on occasional Sundays through the year.

On non-market days, however, the large, block-paved square is rather featureless and seems surplus to requirements - bland, unimaginative modernity contrasting starkly with the magnificent stonework and intrinsic creativity of the city’s cathedral - a ‘Ship of the Fens’ dating back to 672 AD when St Etheldreda first built an Abbey Church.

Posted by Clive Simpson at 16:05 No comments: