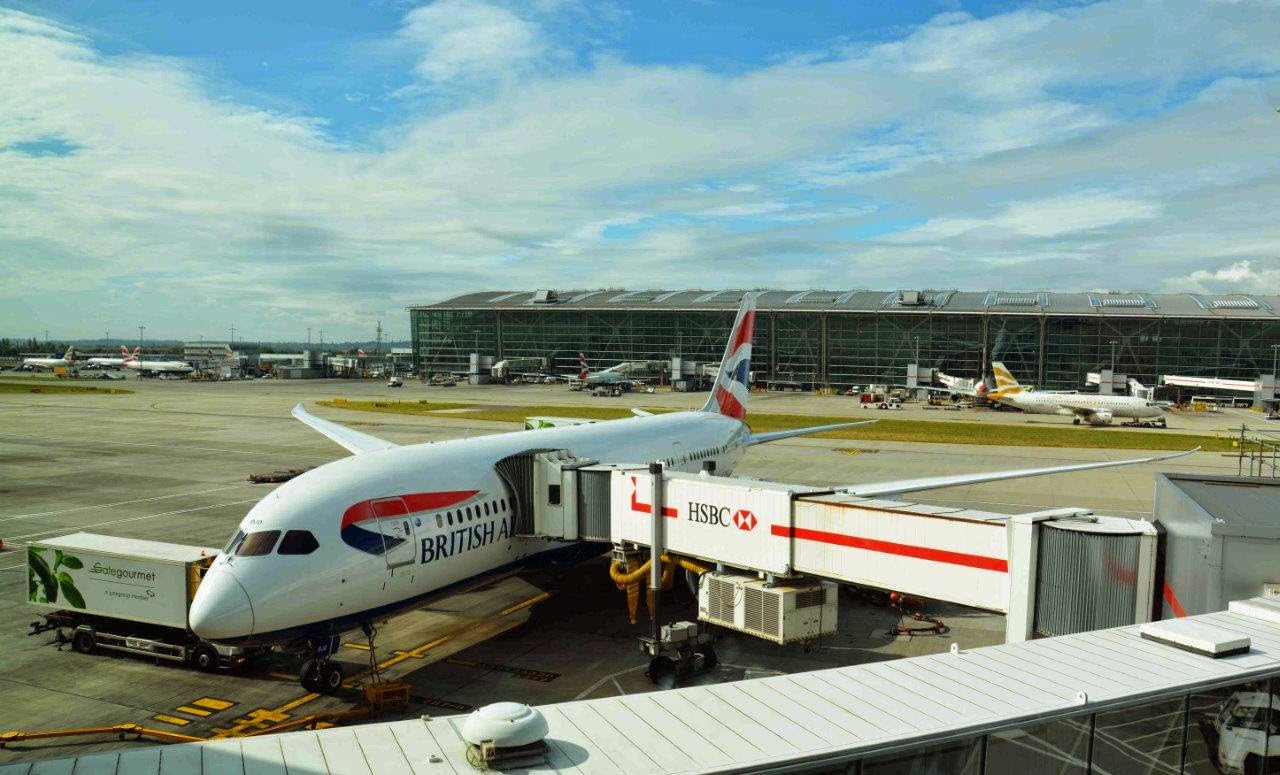 I flew into Toronto from London Heathrow T5 last month on one of BA’s new Boeing 787-8 Dreamliners. Was it a better experience? Well, if you want my honest opinion, not as good as I had expected.

I’m certainly not griping about the environmental credentials of this new mid-size, twin engine jet because the aircraft is 20 per cent more fuel efficient than similar sized aircraft it is designed to replace.

But sitting in BA’s tightly configured World Traveller class it seems that the commercial benefits of cramming in extra passengers have negated many of the design improvements touted to improve the experience of long distance air travel.

In sales-speak the Boeing 787-8 is a mid-size, dual aisle aircraft manufactured by then giant American aerospace company, Boeing. In normal conditions the Dreamliner will fly at Mach 0.85, or about 650 miles per hour, at a typical altitude of 40,000 feet.

Composite materials make up 50 per cent of the primary structure, including the fuselage and wing. The engine housings have serrated edges designed to reduce noise levels both inside and outside the cabin - and the aircraft also features stylishly raked wingtips to further aid fuel efficiency.

The windows are 30 per cent larger than those on most similarly sized aircraft and, instead of pulling shades up and down, passengers can adjust the incoming brightness with a button.

Using an electro-chromic dimming system, they turn from fully transparent to completely dimmed in gradual steps so, if you are lucky enough to have a window seat, the novelty certainly keeps you amused for a few minutes.

BA is steadily rolling out the Dreamliner to its fleet, promising a host of benefits to flyers, as well as a number of technological goodies for travellers to experience. But does travelling on the brand new aircraft make a difference?

The passenger cabin focuses on four areas of improvement - noise, lighting, air and 'comfort'. All this, British Airways says, will make for a much better in-flight experience, and one that leaves you refreshed when you get off the plane.

Comfort is supposed to come by way of new seats and the air part via better air conditioning. A mood lighting system and bigger windows are definite improvements but the success of the air conditioning seems much more down to the skills of the cabin crew.

More consideration might have been given to the piercing LED brightness of the individual overhead reading lights. It’s a bit all or nothing and, like with the windows, some kind of adjustment would have been nice to avoid the glaring dazzle when the rest of the cabin is in darkness.

With its new engine design and improved sound dampening materials, Boeing has worked hard to reduce noise. The 787 was, indeed, quieter on take-off but the experience was less noticeable when it came to in-flight noise levels.

Dehydration can often be an issue on long-haul flights and British Airways says it has tried to address this by pressurising the cabin 2,000 feet 'lower' than on other aircraft which, in theory, retains more moisture in the air.

Like many who have posted their own comments on various travel websites, I was disappointed with the new seating design. I am average build and height with no excess weight but still found the seats snug and the leg-room cramped.

And, as soon as the seat in front was tilted backwards slightly, my personal entertainment screen became much too close for comfort, providing me with neck ache and eye strain for most of the eight hour flight.


All these improvements are supposed to help fight jet lag but that was lost on me. I’m wide awake and writing this in my Toronto hotel room at 4 am the next morning. It’s very dark outside and the illuminated CN Tower dominates the view from my window.

The Dreamliner is definitely not a cure for jet lag and, if anything, I stepped onto Canadian soil feeling more wiped out than normal. I’ll need convincing otherwise - or the offer of a seat upgrade - before I consider one of BA’s Dreamliners for my next trans-Atlantic flight. 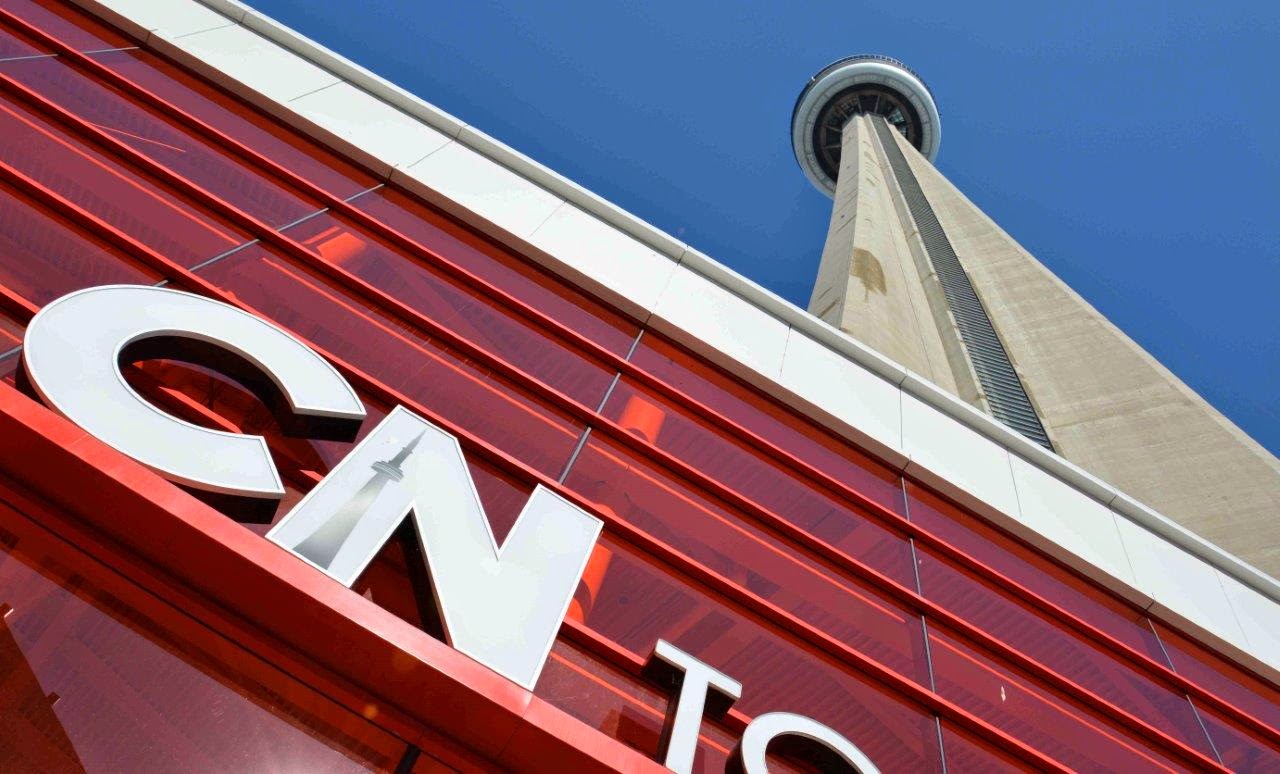 Posted by Clive Simpson at 11:09 No comments: 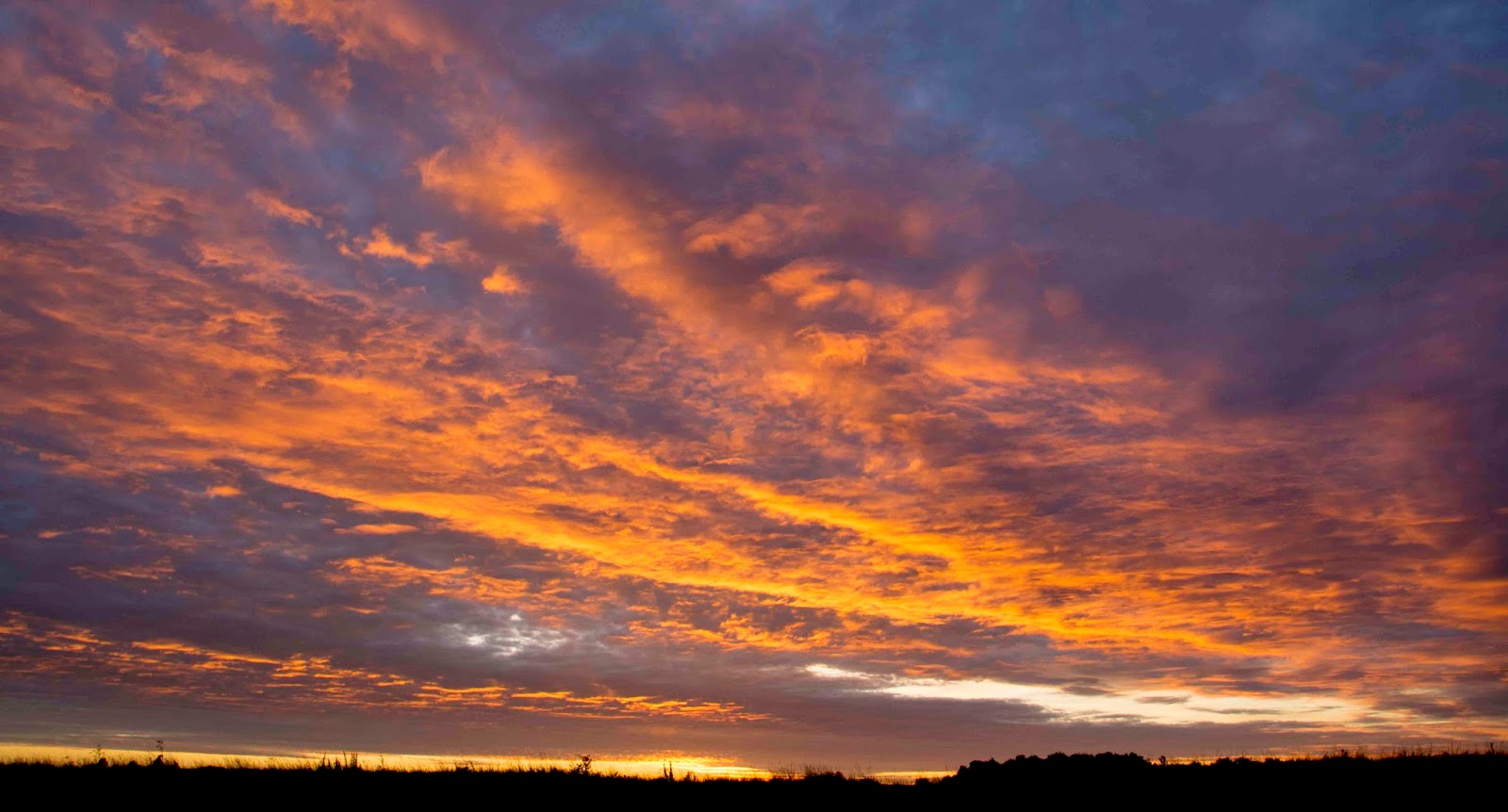 We are at heart a wasteful society - and it seems that the intrinsic value of daylight is no exception. For large chunks of the year we often sleep when it is light and we are awake in the depths of darkness.

Such is the folly of modern society that our natural circadian rhythms and the balance between day and night have been brutally squeezed by modern electricity's triumph over the night. Bright lights are the norm and night is more of an optional experience.

Here in the northern hemisphere we are plunging headlong into days of less daylight and longer nights. And this Sunday our country will change the clocks by putting them back one hour, in what Sir Greg Knight MP describes as a “flawed annual ritual”.

“Our current, self-chosen time settings mean that for most of winter days, people at work, college or school have little or no sunlit leisure time,” he says.

“The answer is to put our clocks forward an extra hour all year round and move to a system of Single/Double Summer Time (SDST).”

Knock-on benefits of reduced electricity bills and improved health (less Seasonal Affective Disorder) in the winter, combined with a boost for the leisure and tourism on late summer days, mean that such a change has a growing band of champions.

Old arguments about milkmen and postal workers needing early-morning sunlight to carry out deliveries look exactly like what they are – arguments from when life was very different.

The National Farmers’ Union, at one time a staunch critic of any change, now says the reasons for farmers' past opposition to advancing the clocks have been “lost in history” (and probably modern technology).

A grassroots campaign is aiming to prove there is an alternative to dark winter afternoons – and at the same time raise awareness about the benefits to our health, the environment and economy of managing our time in a different way.

This weekend the Happy Hour challenge is encouraging people to discover for themselves the social and health benefits of SDST – for just a couple of days.

Chris Hayes, campaign co-ordinator, says: “As well as raising awareness about positive emotional well-being and freedom, this is also all about changing the way we do politics and policy; getting people to actually experience and try things out rather than debating abstract policy concepts.”

“We don't want to prescribe how people take on the challenge but ideally it is to leave the clocks alone on Sunday and spend all of that day and then next an hour ahead of everyone else (GMT+1),” he explained. 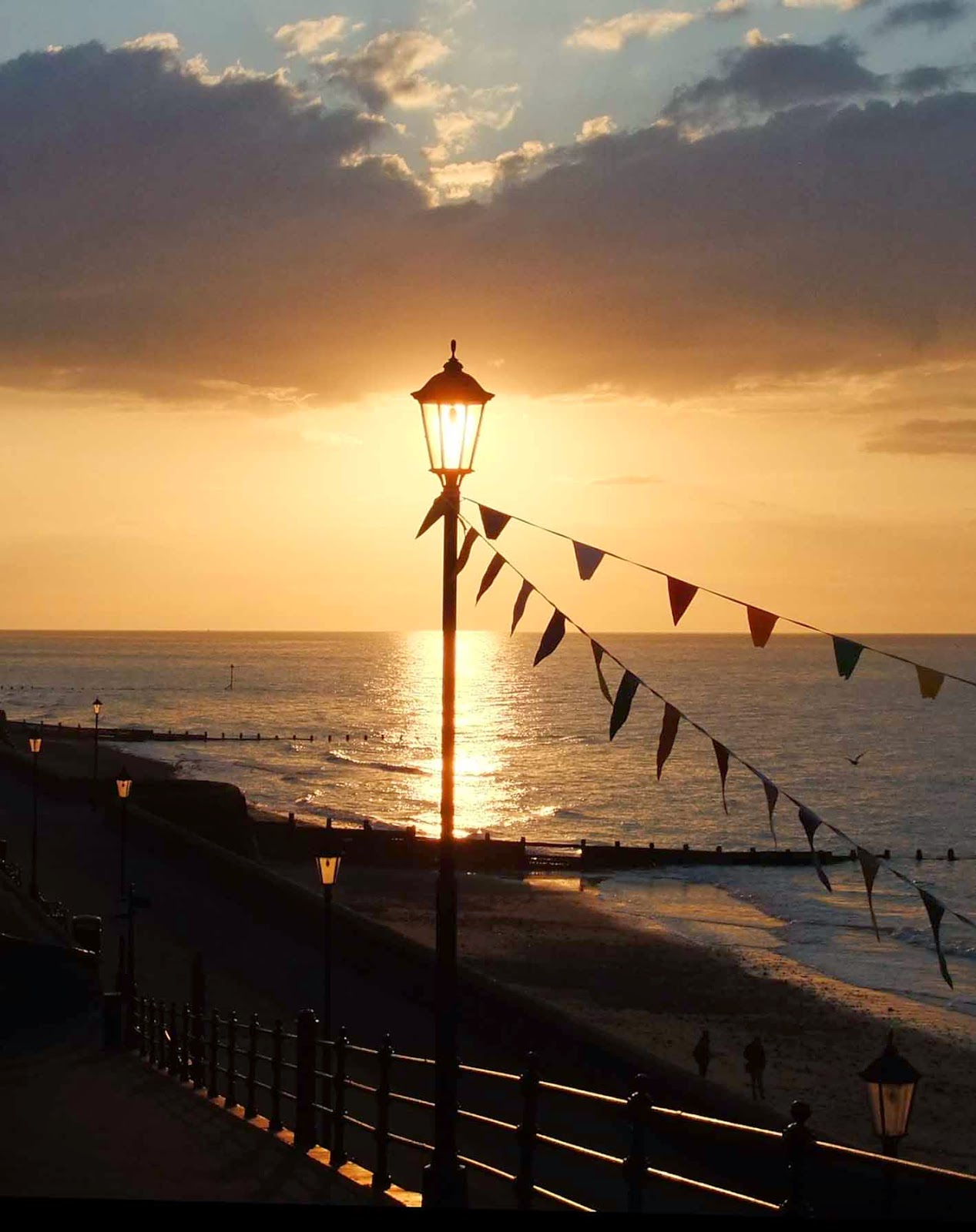 Rebecca Harris MP also supports SDST. “The Happy Hour campaign is a great way to show how people could benefit in a practical way from keeping an extra hour of light in the afternoons,” she says.

“Whether it's getting more exercise, sport and recreation or saving cash by using less artificial lighting it would clearly be of public benefit. And road safety organisations are adamant that more daylight in the late afternoon will save many lives and serious injuries.

“I hope the Happy Hour campaign will get more people thinking about how they would use an extra hour’s afternoon light and convince the political parties to commit to include it in their manifestos.”

Whilst the beauty of SDST is its ability to deliver much for little cost - the devil is in the politics. Happy Hour offers the chance to try it out in a fun way. So why not leave your watch on BST and give it a go?

Your body certainly won’t notice the difference for a couple of days. And while everyone else is complaining about how dark the afternoon has suddenly become you can enjoy an extra hour in the park or garden. 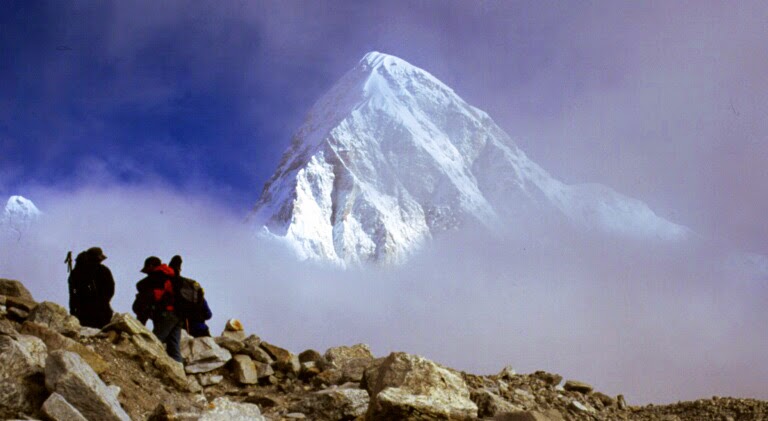 Ten years ago this weekend I had just arrived in Kathmandu with my good friend, Tim Scott, where I was to start trekking for the second time amongst the wonderful high peaks and scenery of Nepal.

We joined a party of a dozen international trekkers on a three week hike that would take us across Gokoyo Ri at 5,360 m and through the 5,400 m Cho La pass before trekking to Gorak Shep and ascending the 5,500 m Kala Patar, known as the trekker’s ‘mountain’ overlooking Mt Everest and basecamp.

October in Nepal is a peak season for trekkers to gather and work their way along and up the Himalayan mountain trekking routes. Skies are normally clear by day and the sun often shines before the bitter cold returns at dusk.

But the tragedy that unfolded in Nepal this week was on an altogether unprecedented scale. A series of avalanches followed heavy snowfall and blizzard conditions on Tuesday causing a a nightmare scenario with at least 32 people dead and many more missing.

Most of the fatalities happened as the blizzard reached a point on the Annapurna Circuit 100 miles northwest of the capital, Kathmandu. This too is a well-known trekking route in central Nepal and at about 4,500 m it is close to the circuit’s highest point, the Thorung La pass.

Tourists from countries around the world were caught on the mountain and helicopters saved more than 200 survivors stranded in lodges and huts along the route, according to Nepales authorities.

With snowfall from the storm topping six feet in some places, this is probably the worst disaster in the history of Nepal’s trekking business.

The blizzard was the tail end of cyclone Hudhud, which hit the Indian coast a few days earlier and was reportedly one of the strongest storms on record to affect the region. It made landfall in Andhra Pradesh, India, last Sunday and was the equivalent of a category four hurricane.

Scientists are always reluctant to link any one weather event to climate change but they have pointed out in the past that the Himalayas are especially vulnerable to the increased storm intensity expected to result from climate change.

“Storms in that region are getting stronger,” John Stone, an IPCC lead author and adjunct professor at Carleton University in Ottawa, told the Toronto Star. “It is not inconsistent with what scientists have been saying - by making the atmosphere contain more energy, we have increased the likelihood of more frequent and severe storms.”

The International Centre for Integrated Mountain Development, a regional agency based in Kathmandu that serves eight countries, released a report in May showing that rising temperatures caused Nepal’s glaciers to shrink by almost a quarter between 1977 and 2010 - at an average loss of about 15 square miles per year.

The report also pointed out that Nepal’s average temperature change has been two to eight times greater than the global average and says such changes could bring more intense and frequent floods, avalanches and landslides.

In April this year an avalanche - caused by melting ice from the Khumbu ice fall - killed 16 Nepalese guides near Mt Everest base camp in one of the deadliest disasters in the mountain’s history.

Modern  weather forecasting has reduced the risk of being surprised by a killer storm like the one that struck last weekend but the pronounced warming of the Himalayan climate in recent years has made the icefall more unstable than ever and added to the dangers for both trekkers and mountaineers.

A former British Gurkha officer and avid trekker General Sam Cowan is quoted as saying that “no one should have ventured out to cross Thorung La with the weather as threatening as it was”.

But access to our accustomed news media and forecasts is not always so easy in the high and remote mountains and it is unclear at this stage whether those caught in the storm had the benefit of any warning or not. 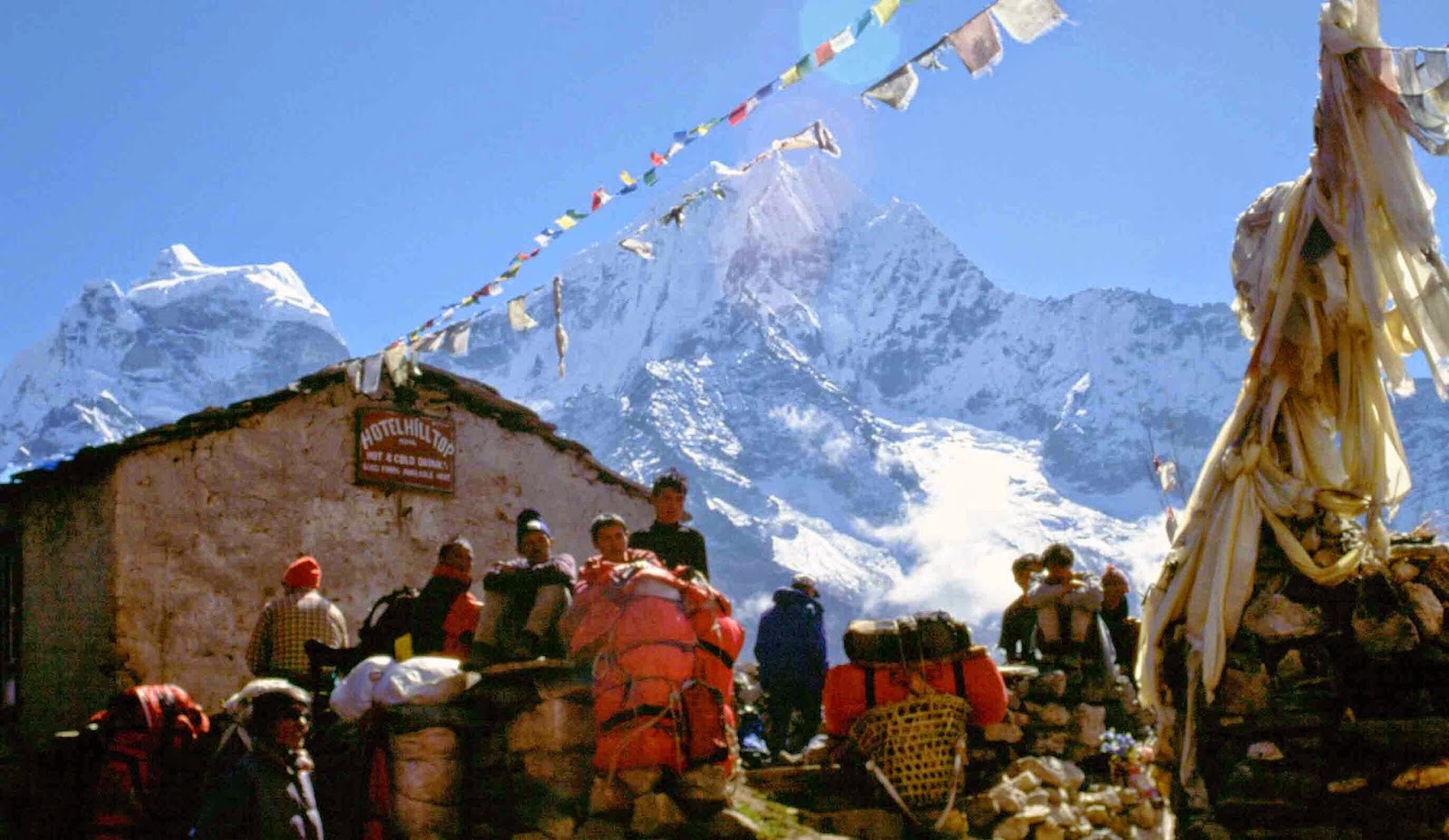 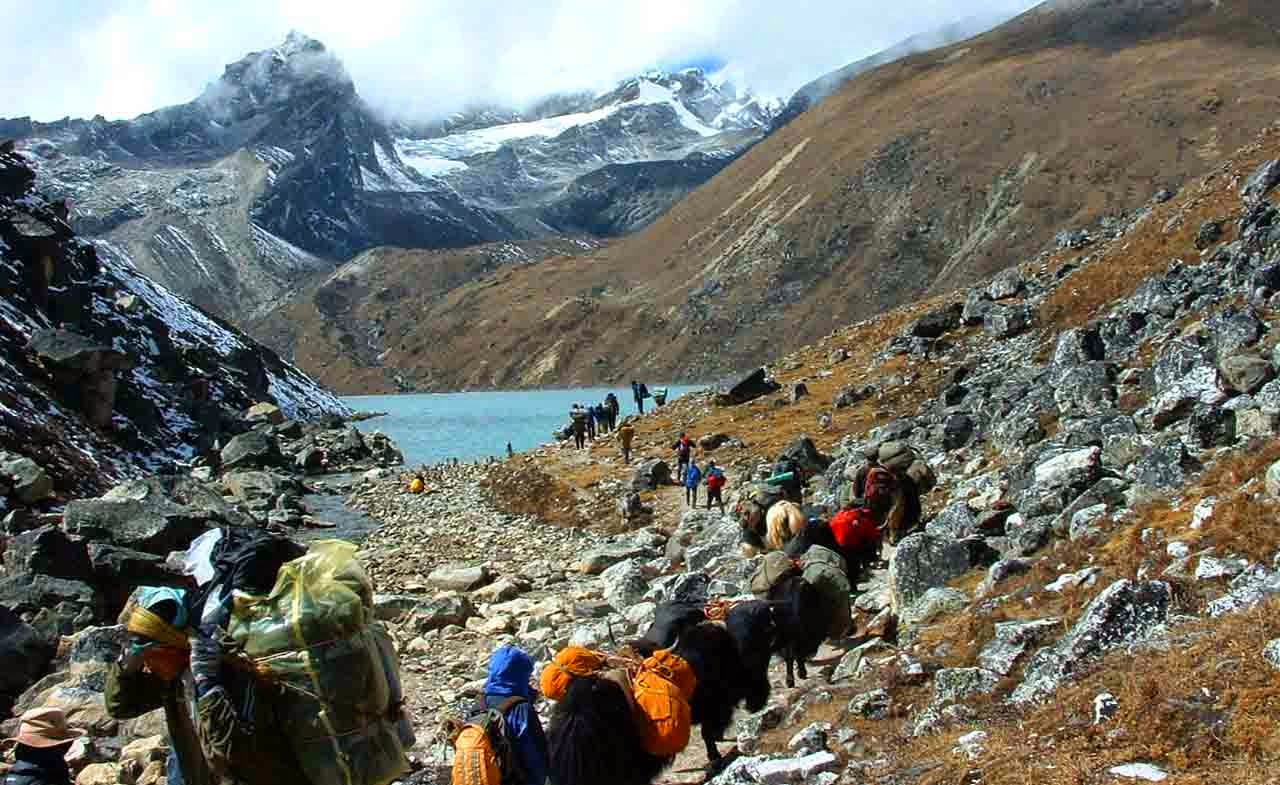 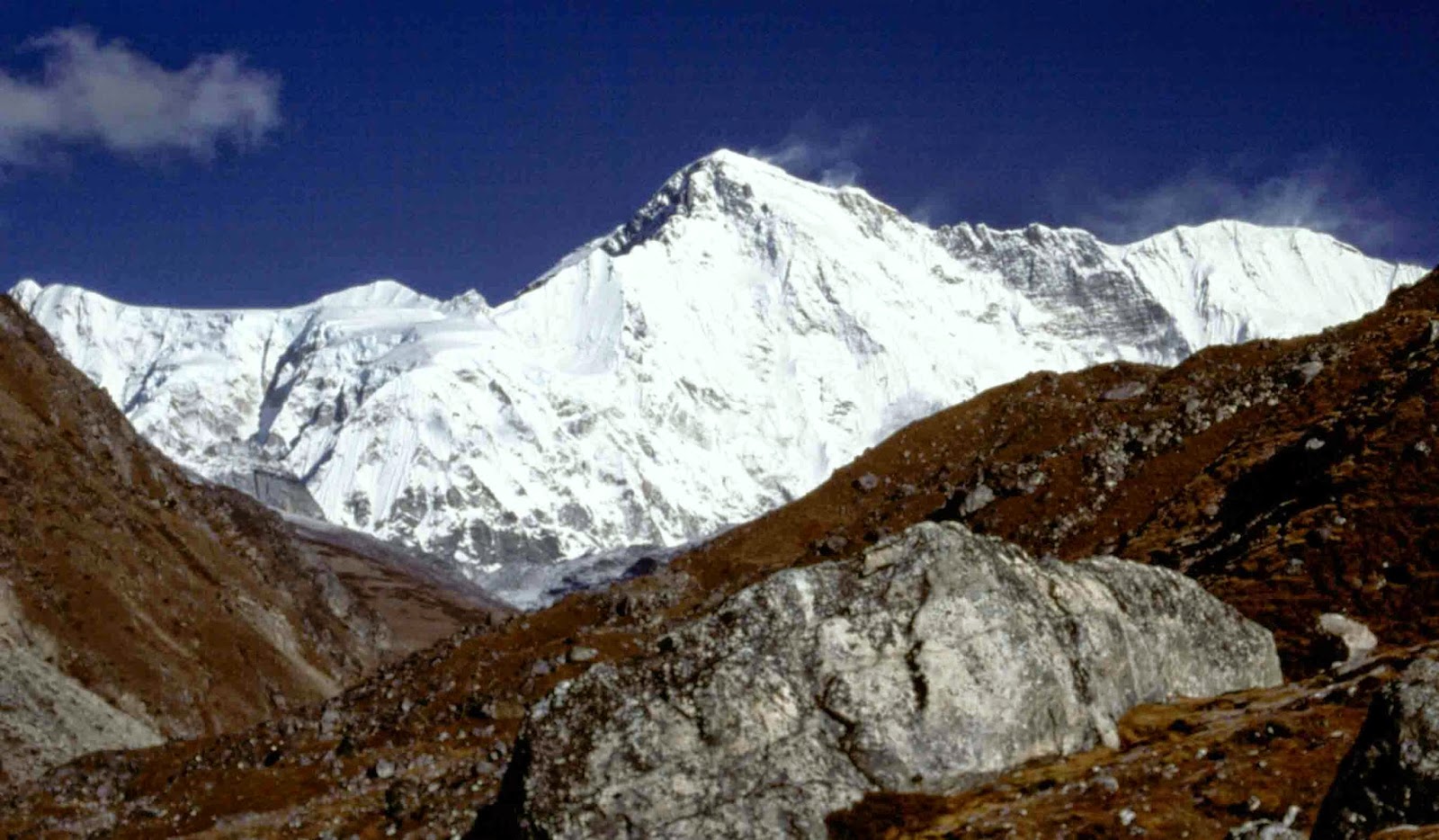