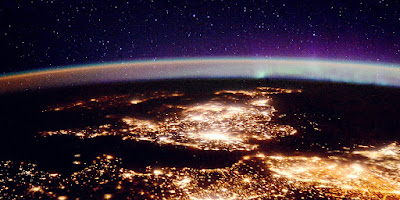 The British government announced this week the intriguing appointment of life-long and passionate youth hosteller Graham Tunnock to head up the UK Space Agency (UKSA).

Mr Tunnock, in stark contrast to his predecessor Dr David Parker, has apparently no previous space industry experience and is being drafted in from the relative obscurity of the ‘Better Regulation Executive’, a demure unit buried within the Department for Business, Energy and Industrial Strategy, where he was Chief Executive.

His new post, which he takes up on 1 April 2017, will undoubtedly be higher profile as he guides UKSA through the turbulent and uncharted waters of Brexit and beyond.

On the face of it, Brexit should have no impact on the UK’s role and contributions to ESA as the agreement and working relationship is largely outside of the EU. At least that is the argument for now.

Perhaps a bigger long term issue in terms of Brexit fallout for UK space might be that of ‘mission creep’. As well as being outside the European Single Market, there is a suggestion that the UK could leave the Customs Union, the European Convention on Human Rights and Euratom (legally distinct from the EU but is governed by it).

Stormy waters may well lie ahead for any organisation linked to Europe and, given the many unknowns ahead, it is certainly not clear where this might end, especially if those on the political right for whom the word ‘Europe’ is an anathema get their way.

Perhaps it is not surprising therefore that Theresa May’s government has chosen to appoint a relative ‘space neutral’ at this time, someone who might be more comfortable with regulations and procedures than the technical details of a space programme that succeeds through close European cooperation.

A brief delve onto the Internet delivers a relatively ‘lite’ online footprint for Mr Tunnock. Nothing on LinkedIn, for example, and in Google his name is immediately associated with the Youth Hostel Association (YHA) and not much else, unless he is connected to the family of Tunnock’s teacake* fame.

“Graham is a lifelong hosteller”, begins the entry about him on the YHA website. “He was quickly bitten by the bug on family holidays and soon started hostelling independently with his brother and friends in his teens, his passion for hostelling developing alongside another great enthusiasm of his life, cycling. He has continued to hostel in adult life and a personal highlight is the annual YHA weekend he organises for his cycling club.”

Quite a contrast to the previous long-term and passionate space proponent Dr David Parker who brought with him a wealth of relevant space experience and contacts when he took up the post in 2013. Dr Parker is now Director of Human Spaceflight and Robotic Exploration with ESA.

On leaving he was able to cite many recent advances in UK space policy, including the 25% increase in UK funding of ESA made at its Council of Ministers in 2012 as probably having the biggest impact. 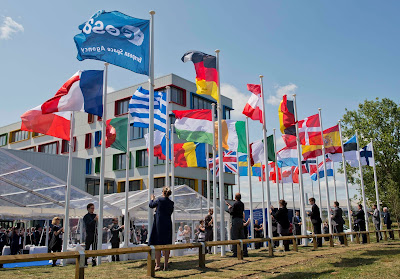 One of his proudest moments was in July 2015 when ESA moved into the European Centre for Satellite Applications and Telecommunications (ECSAT), a superb new facility at Harwell in Oxfordshire.

“This was a project that I lived with since 2008 and it was an emotional moment to see the flags of all the ESA member states raised in honour on UK soil for the first time. For me, it symbolised the UK anchored in ESA, and ESA anchored in the UK,” he said.

Announcing his successor’s permanent appointment on 1 March, a UKSA statement said Mr Tunnock had “extensive experience across Whitehall and at a European level, having also worked in the European Commission and held several other posts in the UK Civil Service”.

It went on: “He will be responsible for realising the agency’s aims of increasing the size of the UK space industry, using space to understand planet Earth and the universe, supporting British businesses to deliver practical help to developing countries and overseeing the Agency’s plans to establish commercial spaceflight in the UK.”

Whilst management of UK space interests related to manufacturing and assembly of spacecraft and satellites, their systems and subsystems ought not to be affected by Brexit, in reality the British space industry is strongly tied to pan-European consortia. Tunnock’s experience in handling ‘regulation’ might just come in handy.

Still, given the many unknowns still to be unravelled, it is highly likely that a future roadmap of UK participation in European space will be influenced by the shape of post-Brexit UK and its relations, good or bad, with the rest of Europe.

The present situation will evolve in some way simply because the economic profile of the UK will be different - though the magnitude of change is likely to be contingent on the terms of the negotiated settlement and the new political climate. In turn, this may well influence decisions taken in Europe about the amount of work shared out to consortia facilities in respective ESA member states.

There is also a question mark over the increasing interests of the EU itself in space programmes and policy. For example, full involvement in Europe’s Galileo satellite navigation programme, an EU-led space project, might be at risk following Brexit unless a specific agreement is reached.

Basic services from the Galileo satellites are available to all but use of the encrypted, robust Public Regulated Service (PRS) designed for government-authorised users - such as fire brigades and the police - may be restricted to those outside of the EU.

Whatever the post-Brexit shape of the UK, the necessary readjustment of the domestic economy along with newly placed priorities at government level may eventually change the level of support - and thus the amount of money available - for national and international projects and programmes, including those of ESA.

So far, the government has indicated it is fully committed to supporting the country’s robust and expanding aerospace sector, one of the strongest growing sectors in UK investment and revenue.

Although British civil servants traditionally remain neutral of government policy, it has already been suggested that some new appointees across government departments are being selected partly on the grounds that their personal views are more sympathetic to the political aims of Brexit.

Only time will tell whether there was any such motive behind the appointment of Graham Tunnock as chief executive of UKSA and, if so, the effects this might ultimately have on the British space industry.

Despite assurances to the contrary, a post-Brexit Britain may not sit so comfortably with Europe’s space ambitions, particularly if the EU becomes more involved. One way or another our hugely successful space industry looks set to have a fight on its hands.


*Tunnock’s teacakes are a traditional English biscuit (soft marshmallow on a biscuit base coated in milk chocolate) developed by family bakers who first started trading in the 1890s.
Posted by Clive Simpson at 16:11