Did we fly to the Moon too soon? 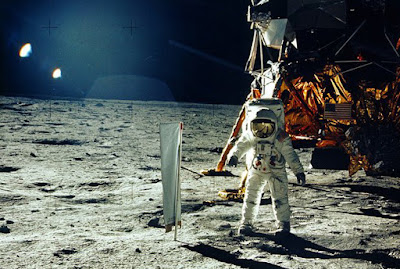 UNBELIEVABLY it has been almost a half century since Neil Armstrong and Buzz Aldrin bounced across the lunar landscape for the first time.

Certainly, in terms of human exploration, project Apollo was perceived as a stepping stone to greater things rather than marking a pinnacle of human achievement.

But the sudden cancellation of the final three missions - despite the fact that the hardware for each had already been built - ably illustrates the financial and political difficulties of sustaining space exploration. Apollo 20 was shelved in January 1970. Eight months later, Apollo 18 and Apollo 19 were also cancelled, making Apollo 17, all the way back in December 1972, the final and most recent human mission to the Moon.

Five decades on and the United States, Europe, Russia, China, Japan and India, along with a handful of private entrepreneurs and firms, all harbour new lunar exploration ambitions.

In October 2017, US Vice-President Mike Pence announced a significant re-direction for NASA - a new road map to create a sustained human presence on the M oon’s surface. It’s a big change for the agency which, for the past decade, has been heading, somewhat tentatively, for a future of deep space exploration and taking humans to Mars.

But words are not enough and to become reality ambitious programmes require ambitious sums of money, along with sustained long-term political commitment.

Fortunately, NASA’s rapidly maturing new hardware for deep space missions can also be easily re-purposed to take us back to the Moon. 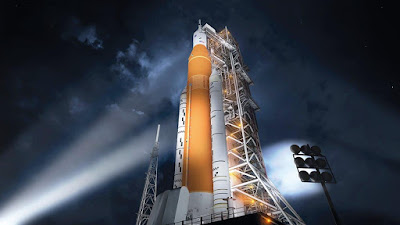 Its giant rocket - known prosaically as the ‘Space Launch System’ (SLS) - and a crew capsule called Orion designed to carry people into deep space, can easily become the mainstay of future lunar missions.

A so-called cislunar architecture and an associated economy that supports or is part of a return to the Moon offers many opportunities.

Fresh political direction and some of the essential hardware may almost be in place but establishing a sustained presence on the Moon is also going to require the creation of a lunar lander, habitats, life support systems and more.

Long-term funding (at one point, NASA estimated a return to the Moon would cost upwards of US $100 billion) and time (particularly in a political context) are rare commodities in our modern world.

To succeed, space exploration projects still need to be challenging and inspirational, perhaps with a nod towards commercialism.

They must also cover the bases of meaningful international partnerships and private sector
participation, and include the less glamorous aspects of building components, delivering cargo and providing ‘multi-layered’ services.

Today, the nature of leadership in space is very different to the politically driven aspirations of the 1960s and 1970s. Back then it was more about doing things that no other country could do - and being there first.

Ten years after Apollo 11, the science writer and science fiction author Arthur C Clarke suggested that space travel might be “a technological mutation that should not really have arrived until the 21st century”.

If mankind was not really ready to go to the Moon in the late 1960s and the early 1970s then perhaps now is exactly the right time.


This article was first written by Clive Simpson as the Editorial in the Winter2017/18 edition of ROOM - The Space Journal for which Clive Simpson is also the Managing Editor. For online subscriptions please go to: www.room.eu.com.