Paving the road to living in space 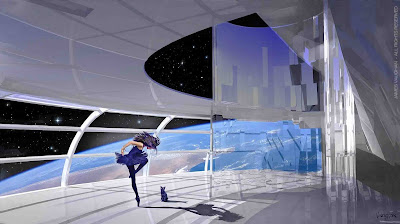 A MINDSET anchored within endeavours of the past and established ways of doing things is one of the most significant obstacles to humanity’s space-faring future.

Five decades after the first Moon landing, most major space agencies and all but a handful of private launch companies remain focused on the on-going development of expendable launchers or, at best, only partly reusable launchers.

Undoubtedly today’s rockets are more efficient than their predecessors. But are their inherent inefficiencies truly the way to herald a new golden age of space exploration?

The expendable rocket mindset is one of the biggest remaining barriers to a new Space Age and, if the new US Moon programme is to lead to a ‘permanent’ lunar endeavour, economic and environmental sustainability are paramount. This means leaning towards low-cost, practical and private-sector driven solutions which have the potential to create profitable and sustainable new business opportunities.

NASA’s Space Launch System (SLS), for example, is hardly ground-breaking or inventive - more a product of linear, stop-start development. Of course, it benefits from advanced technology and engineering but, five decades after Saturn V, it lacks true innovation and the spark of commercial endeavour.

The agency has spent about US$14 billion on its super rocket and related development costs since 2010 but SLS is not expected to fly before at least mid- to late 2021. In contrast, SpaceX privately developed its mostly reusable Falcon Heavy rocket on the back of its Falcon 9 for about US$500 million, and has flown three successful missions since February 2018.

Likewise, Sierra Nevada’s Dream Chaser is the only existing commercial spaceplane in the world that is both fully reusable and capable of a runway landing. Despite this NASA still only wants to use it for the transfer of cargo to the International Space Station.

At a time when reusability, in every sense of the word, should be at the forefront, agencies such as NASA (SLS), ESA (Ariane 6), Roscomsos (Soyuz), JAXA (H-IIB) and ISRO (GSLV) seem intent on pursuing the expendability route to orbit, albeit with a modern technical twist.

Do projects like SLS cast us far enough into the future or, in some perverse way, do they limit our future ambitions? The future of space and human exploration is intrinsically intertwined with our future on Earth itself. It should not be owned by politics and politicians but by risk-takers and the visionary.

ROOM Space Journal is delighted to be a media sponsor of this October’s International Astronautical Congress (IAC) in Washington DC, one of the biggest and most important annual gatherings of space people.

ASIC’s goal is to offer an alternative pathway to the future, eschewing the establishment mindset as it homes in on the parallel and interconnected themes of the extraordinary science and technology required to support permanent space habitats and the first humans born in space.

Specialist speakers will also assess how the vital investment and commercial returns needed to support these bold endeavours can be created.

If you want to join like-minded visionaries in planning the practical first steps to our future in space, there is still time to register via the ASIC website

My editorial in the autumn issue of ROOM Space Journal
Image: Envisioning a space-faring future by James Vaughan