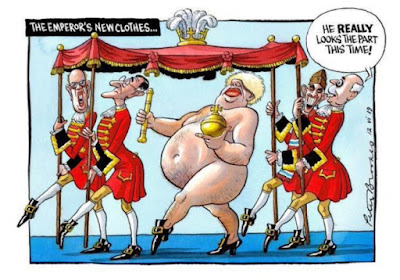 The 2016 referendum was pitched as a vote for change, a vote to reject the status quo. Cajoled by big-ticket promises, or in some cases downright lies, people believed that somehow "leaving Europe" would make their lives better.

Three years later it is now almost certain that under a Tory-led Brexit the UK’s terms of trade are going to be inferior, perhaps substantially so, to EU membership - and it will become clear that Brexit is not the panacea that many people were promised.

Despite Boris Johnson's incessant proclamations, a vote for the Tory party will certainly not bring an end to uncertainty. Investment will not be unlocked and businesses will continue to await the development of negotiations.

And even if these are sorted relatively quickly, thus reducing or even ending uncertainty, it does not follow by any means that the economic consequences will be positive.

It is somewhat surprising therefore to hear Brexit commentator Chris Grey, Professor of Organisation Studies at Royal Holloway, University of London, asserting that he has never seen a party conduct a general election campaign in such a low-key way.

“As during the party leadership contest, Johnson is scarcely visible - despite his much-vaunted campaigning skills - and has pulled out of several events, including the Channel 4 climate debate, an Andrew Neil BBC interview and even his own constituency hustings,” he says.

“And where is Jacob Rees-Mogg, for the last three years so ubiquitous in radio and TV studios that it sometimes seemed he had his own chair? Perhaps he is judged too toxic, especially following his Grenfell remarks - but it a strange kind of politician who does not come out in public when up for election.

“So, in the absence of both a substantive manifesto and a campaign providing a compelling and inclusive plan to do so, Johnson’s talk of ‘a nation moving forward’ post-Brexit might better be described in Tacitus’s line ubi solititudinem faciunt, pacem appellant.

“Johnson and Rees-Mogg, possessed of the classical education that they and sycophantic cap-doffers mistake for intellectual accomplishment, would have no difficulty in translating: they make a desert and they call it peace.”

Chris Grey's Brexit blog - What would getting Brexit done mean?
Posted by Clive Simpson at 10:13