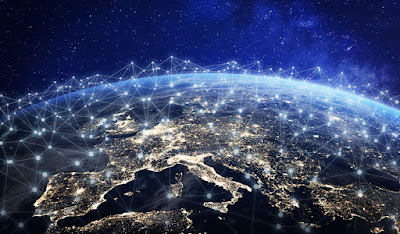 SHOULD the UK government be spending hundreds of millions of pounds on the part-purchase of bankrupt US satellite firm OneWeb, which it hopes to lever as a replacement for departing the EU’s Galileo system as a result of Brexit?

OneWeb, which has already had around $3 billion of investment from SoftBank, is the kind of high risk space company that has to spend vast amounts of money before being able to make any income and in an entirely new field against stiff competition.

Cash flow is a fact of life for such companies where potential returns are many years down the line. This spring OneWeb’s on-going problems, combined with the arrival of Covid-19, created a perfect storm and it was forced it to file for bankruptcy in the United States.

Since then it has been desperately hunting for a buyer with, among other groups from France and China, rival Amazon thought to have expressed interest. Intense lobbying by its officials is understood to have included the British government and its advisers.

So the UK government's plan is to invest £500 million to help rescue OneWeb as part of a wider private-sector consortium bid that would potentially see the British public holding a 20 percent stake in the company.

Under such a deal the UK would likely need OneWeb to transfer its manufacturing base from the United States to Britain. And, crucially, it would also be required to add an innovative new global positioning technology (possibly developed by the UK's 'Satellite Applications Catapult' to each of the thousands of low Earth orbit (LEO) satellites.

The government believes this would be cheaper than investing around £4 billion, as previously mooted, in developing a rival satellite navigation system to the EU's Galileo.

It should be emphasised that the UK is only unable to access the restricted, military secure areas of the EU’s Galileo satellites and this is not because of Brexit (Norway has full operational access under its Co-operation Agreement) but because the UK government has chosen not to withdraw cooperation on Galileo for ideological political reasons. The OneWeb bid is therefore couched in politics

To date all major global positioning systems – America’s GPS, Russia’s Glonass, China’s BeiDou, and Europe’s Galileo (an EU-led project that the UK helped design and build) is in a medium Earth orbit at a height of approximately 20,000 km. OneWeb’s satellites, 74 of which have already been launched, are in a low Earth orbit, just 1,200 km high.

OneWeb is working on basically the same idea as Elon Musk’s Starlink - a mega-constellation of satellites in low Earth orbit, which are used to connect people on the ground to the internet.

According to Dr Bleddyn Bowen, a space policy expert at the University of Leicester, replacing GPS for military-grade GPS systems (which need encrypted, secure signals that are precise to centimetres) is not necessarily possible on small LEO satellites like those developed by OneWeb.

He suggests that rather than being selected for the technical quality of the offering, the investment is more in line with “a nationalist agenda”.

One might argue the scheme has all the hallmarks and parallels to the triumphant exceptionalism of the hugely expensive and so far failed UK government plan during the Covid-19 crisis to go it alone and develop its own Track & Trace App, despite other technologies already existing.

The internet side of a fully developed OneWeb satellite system may also have other more dubious attractions to Dominic Cummings, the prime minister’s chief advisor and chief of the Vote Leave campaign - the potential for surreptitious data harvesting.

Given that OneWeb has arrived at its current destination by spending a very large pile of money already on its core mission, and more will be needed to make it viable, there are still very sizeable financial risks for a public investment.

OneWeb remains an unproven business and is competing against established giants, such as SpaceX, which is about to launch its latest batch of Starlink satellites. Significant technical issues will need to be overcome too, all of which will cost a lot more money.

And, of course, such satellite mega-constellations are already attracting the wrath of astronomers for their potential to hamper astronomical observations (see Traffic lights in the night sky), as well as making an as yet undetermined contribution to the growing problem of orbital debris.

Boris Johnson’s potential participation in a OneWeb bid has been the focus of both  opposition and support from the UK space industry, which had originally pinned its hopes on pursuing a lucrative Galileo-style navigation project.

One deciding factor appears to have been support from US defence officials who do not want the UK to develop a replica of the American GPS or European Galileo systems. In contrast a LEO navigation service would complement the current US system and, according to some, offer extra resilience to US allies.

Certainly, as Brexit and all its down the line ramifications gradually unfold, the government’s latest bid signals a further departure from its previous close and highly successful associations with Europe towards a potentially much more unbalanced and risky trans-Atlantic partnership.

Clive Simpson is a freelance journalist specialising in global space affairs.
Posted by Clive Simpson at 10:51