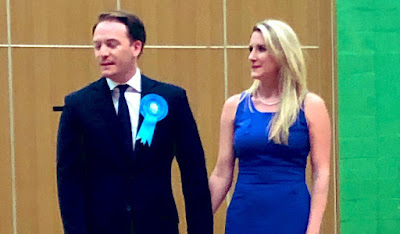 In a reply on Friday (29 May) sent to all the correspondents revealed that only a few of them had supported prime minister Boris Johnson’s stance to keep his advisor in post.

But the MP declined to say what his own position was on the crisis that engulfed the government the weekend before.

“I have received well over 600 emails from constituents containing a variety views, stories and opinions,” he wrote.

“Given the volume of correspondence I have not written a personalised response to each and every one but I reiterate that your email has been read.

“Rest assured that these are views which will certainly be shared in specific discussions with the government.”

Mr Davies (36) admitted in his letter there has been a lot of anger regarding Mr Cummings and the decision he took to travel to Durham with his family at the height of the COVID-19 lockdown in the UK.

Across the country the furore over the chief advisor’s breach of his own rules prompted tens of thousands of voters to flood their MPs’ inboxes.

According to figures collected by The Guardian newspaper, the average number of emails received on the matter by Conservative  MPs was 590.

And several MPs in marginal seats said they had received more than 1,000 emails about the case, in some cases dwarfing their majority.

“As a relatively new MP, I hope that constituents can see that I have sought be a very active constituency representative,” added Mr Davies.

“It is in this vein, that I commit to ensuring that your views are heard at the highest levels of government.”
Posted by Clive Simpson at 10:00