Time for a break

With the KSC media centre closed on Saturday it was a chance to take a break from the space routine and recharge the batteries with an afternoon walk along Cocoa Beach to the resort's small pier. 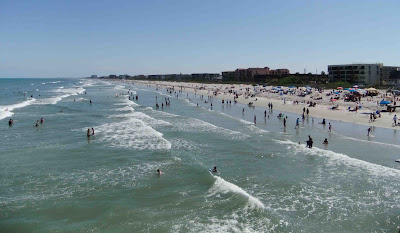 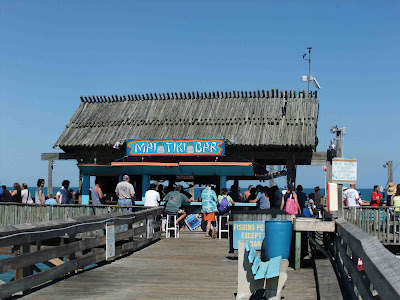 Among the more interesting sights was a beach wedding and the departure of a cruise ship from nearby Port Canaveral. 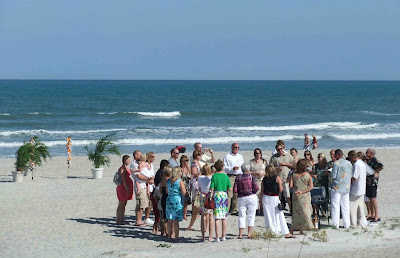 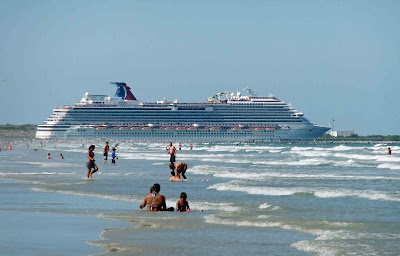 Meanwhile, back at the launch site, Endeavour's countdown was being held at the T-minus 11 hour mark.

News came out late on Saturday afternoon that an APU thermostat had failed tests. If so, this is the better of the two most likely failures and would allow work to proceed towards a new launch attempt on Monday.

Technicians continued working late into the night to test thermostats for Endeavour's APU-1 fuel line heater to help determine what caused it to fail.

If a Monday launch is possible, the countdown would resume at 10:07 pm on Sunday, with fuelling starting at 5:09 am and the crew strapping in at 11:14 am on Monday.
Posted by Clive Simpson at 22:06